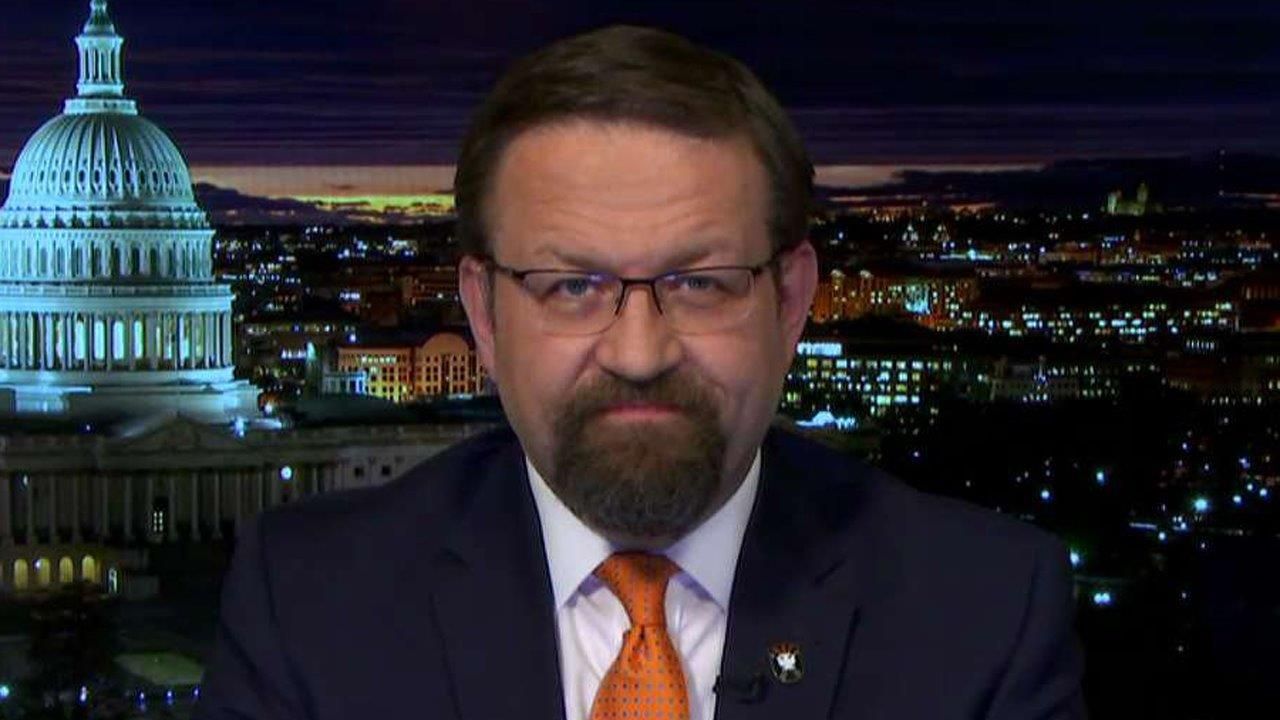 “We have had enough with old ways of thinking,” declared Dr. Sebastian Gorka during an exclusive interview at the White House last week. “The last 30 years of thinking have just been unimaginative. It doesn’t serve the U.S. purpose. We’ve seen about 7,000 people killed in uniform. We have to be smarter about it.”

He noted that the Trump administration will apply “all the instruments of power in the right mixture” to its NSS.

The pillars the strategy is being built upon include rejecting political correctness along with the previous Republican and Democratic approaches to national security, assisting allies while refusing to fight their conflicts, and ensuring that American leadership is back.

Those positions are expected to guide the Trump administration in prioritizing the threats facing the United States.

“We recognized that this is an iconoclastic commander in chief. He is the first person in U.S. history who wasn’t a politician or a general officer before he came into office,” Dr. Gorka told Breitbart News. “As such, the national security strategy will not look like the previous Republican or Democrat security strategies. It will be as iconoclastic as the president. There will be a prioritization of threats and mission.”

Gorka, who works at the White House National Security Council (NSC), noted that the “globally disperse totalitarian ideology of jihadism” is one of the top threats facing America that the new strategy will address.

Instead of being confined by the “cliché” Republican interventionist and isolationist perspectives of the past, the Trump administration realizes it has a range of options at its disposal to protect the U.S. homeland, argued Gorka.

“It’s not diplomacy or war, intervention or isolationism. It is the full spectrum of options of statecraft with American leadership back,” he told Breitbart News, adding, “We jettisoned political correctness. We jettisoned cliché bi-polar ways of thinking.”

Gorka described interventionism and isolationism as the foreign policy “extremes” of the political right.

“There is a massive palate in between isolation and intervention, and we believe that it is smarter not to function on the extremes,” he said.

The White House official dismissed the political right’s approach to national security as “pathetic” because you are only forced to choose between two ideas: neoconservatism or libertarianism.

“You are forced into a binary world. Either you have to be a neoconservative and invade other countries, or you have to be libertarian and say ‘who cares we’re going to be isolationists,’” he told Breitbart News.

“This president explicitly rejects neoconservative foreign policy because he sees the invasion and occupation of other people’s countries as fundamentally un-American,” pointed out Gorka. “Nevertheless, America is a force for good. Not as an occupier, but as a shaper.”

The new strategy is supposed to express President Trump’s view of the world and how America plans to defeat the global threats it faces.

Gorka explained that Trump’s NSS would show how the administration is “going to secure American lives, American prosperity, and American interests in the world.”

Although the NSC is leading the effort to devise the strategy, it is a whole government endeavor involving various agencies such as the Departments of Homeland Security, State, and Treasury, as well as the CIA and the Pentagon’s Defense Intelligence Agency (DIA), noted Gorka.

Prior to taking a job at the White House, Dr. Gorka worked as national security editor for Breitbart News.