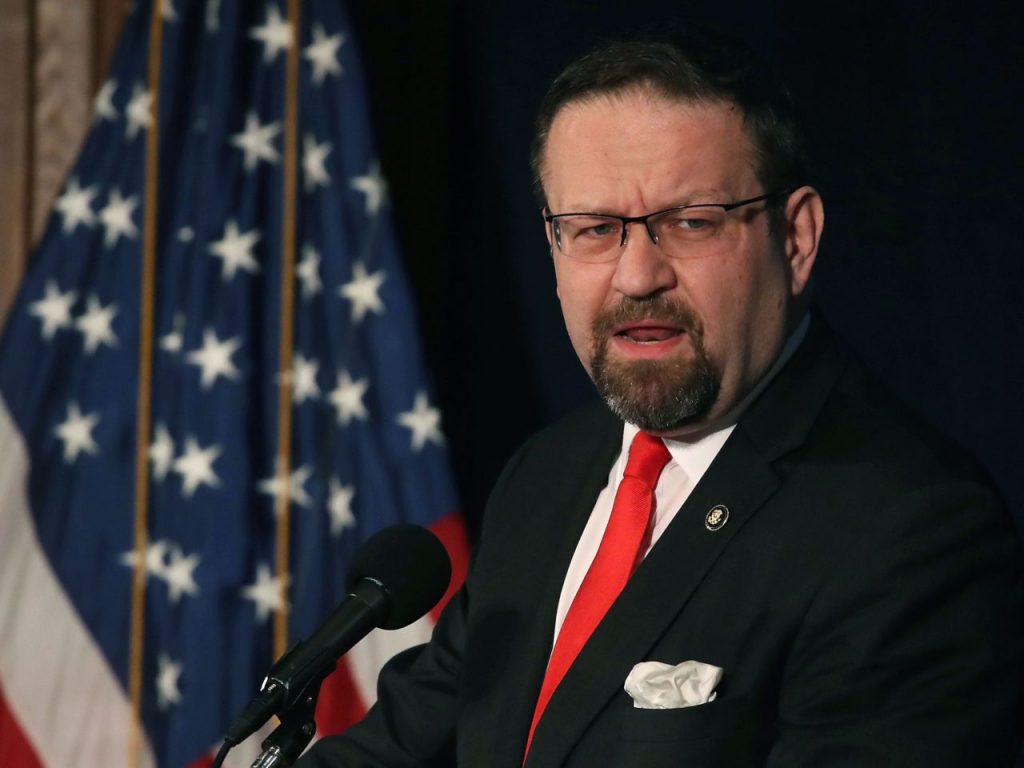 Terror plots in U.S. have hit highest levels ever, highlighting failure in war on terror

The Trump administration must end the landmark nuclear deal with Iran, which has only empowered the Islamic Republic and aided its efforts to develop nuclear weapons, according to former senior Trump strategist Sebastian Gorka, who is set to call for an end to the deal during wide-ranging remarks Monday in Israel on the anniversary of the September 11 terror attacks.

The Washington Free Beacon obtained an advance partial copy of Gorka’s remarks, in which he notes the failure of U.S. administrations to combat the spread of global terror organizations since al Qaeda terrorists struck the Twin Towers 16 years ago.

Gorka, a veteran national security expert who served as a key adviser to President Donald Trump until his resignation late last month, noted that America has “seen more jihadist attacks and plots on U.S. soil in the last two years than any previous comparable period,” a sign that past strategies to combat this threat have failed.

“In arrests as far apart as California and New York, we see an enemy that has moved from attempting to send foreign terrorists here to America, move to recruiting and indoctrinating U.S. nationals or residents who are already in the country, such as the Boston bombers and the San Bernardino killers,” Gorka will say during a keynote address before the International Institute for Counterterrorism during its annual national security summit in Israel.

The high-profile international get together brings together senior Israeli government officials with their global counterparts. Gorka’s call to end the Iran deal at this forum is likely to generate much discussion among international officials present at the forum.

The near daily arrests by U.S. authorities of would-be jihadists “is not an improvement” in the war on terror, according to Gorka, because “‘homegrown’ terrorists are much harder for our domestic agencies to detect.”

Gorka said he has faith that the Trump administration will plot a new course that will help the United States finally end the war in Afghanistan, the longest conflict in U.S. history.

The United States is still failing to win the war against what Gorka describes as the “Global Jihadi Movement”—and international agreements such as the Iran nuclear deal have not improved the West’s chances of curbing the terror threat.

“If we use a less parochial filter, and look at what the Global Jihadi Movement has wrought globally since September 11, 2001, we cannot claim any kind of victory,” Gorka says.

A key part of the strategy to put the United States on the path to victory must focus on cancelling the Iran nuclear agreement, which has awarded the foremost global sponsor of terrorism with billions in cash.

“Iran remains the largest state sponsor of terrorism in the world today,” Gorka says. “With the rise of ISIS, the collapse and Syria, and the continued conflict in Yemen, the mullahs and the forces under their command have expanded their destabilizing actions in support of their Shia version of radical Islam.”

The Trump administration must be cautious to avoid empowering Iran, a Shia Muslim majority nation, in its efforts to defeat Sunni Muslim terror organizations.

The nuclear deal served as a particular boon to Iran’s vision for a Shia-dominated Middle East, in which the Islamic Republic can rule the region.

“The American government’s strategy to defeat Sunni jihadism must not play into the hands of Shia jihadism,” according to Gorka. “All the more so after the billions of dollars released by the last White House back into the coffers of Tehran.”

“A nuclear Caliphate informed by an apocalyptic vision of Islamic salvation will not succumb to the logic of nuclear deterrence and the prior stability of Mutually Assured Destruction,” Gorka states. “Action must be taken now to obviate the establishment a nuclear-capable Shia Caliphate. Recertification of the Potemkin Accord that is the JCPOA (Iran) Deal will not stop Iran acquiring nuclear weapons.”