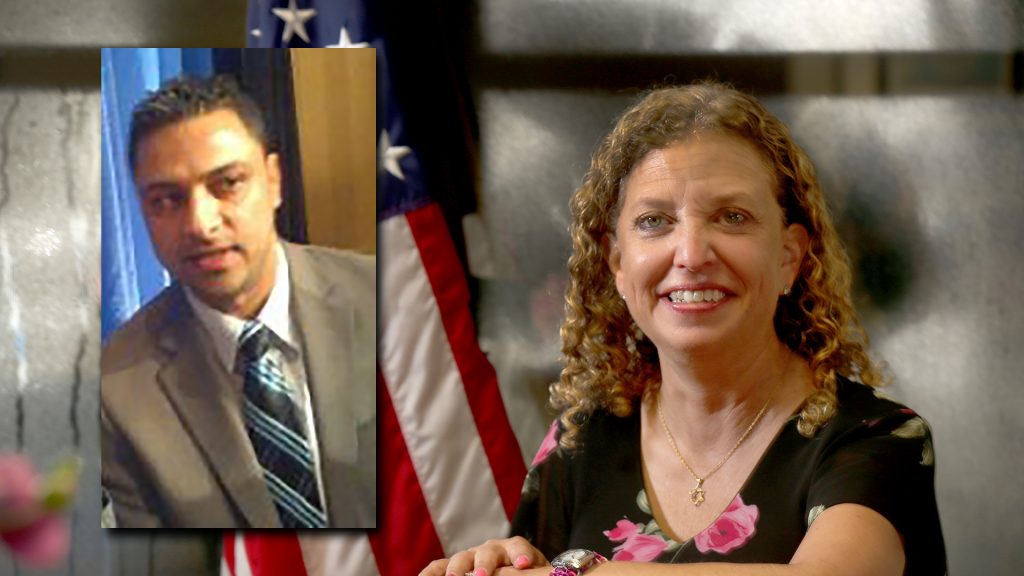 A court date for a former Democratic IT aide has been postponed by more than a month after the defendant’s attorney, a former Hillary Clinton aide, said he’s seeking to block prosecutors from using evidence that appears to include a government laptop tied to Rep. Debbie Wasserman Schultz.

“The government has been in discussions with counsel for the defendants regarding complex discovery issues and other legal issues in this case, in particular issues surrounding claims of attorney-client privilege being raised by defendant Imran Awan,” court papers filed Tuesday say.

“Last night, counsel for both defendants indicated that they need additional time to review and analyze these issues, along with the voluminous discovery the government provided in this case,” according to the documents. “The government consents to this request.”

Chris Gowen, Awan’s attorney, said at the last hearing: “We do expect there being an attorney-client privilege issue in this case… What occurred is a backpack from my client was found, he was trying to get a better signal, there was a note that said attorney client privilege and a hard drive. We feel very strongly about this.”

A Capitol Police report shows that the backpack contained the following items:

#1 a Pakistani ID card with the name Mohommed Ashraf Awan
#2 a copy – not original – of a driver’s license with name Imran Awan
#3 a copy (front and back) of his congressional ID
#4 an Apple laptop with the homescreen initials ‘RepDWS’
#5 composition notebooks with notes handwritten saying ‘attorney client privilege’ and possibly discussing case details below
#6 loose letters addressed to US Attorney of DC discussing the apparent owner of the bag being investigated.

It is unclear how the handwritten note saying “attorney client privilege” could be construed to cover a hard drive, rather than the pages of notebook it was contained on.

Imran Awan, his wife, his two brothers Abid and Jamal, and a friend all worked as IT aides for dozens of Democratic members of Congress. Shortly after WikiLeaks published the Democratic National Committee’s emails and during the lead up to the 2016 election, investigators discovered indications that they were using a server “for nefarious purposes” and “could be reading and/or removing information,” according to a briefing.

They were banned from the House network in February 2017, but Wasserman Schultz, a Democrat from Florida, refused to fire Awan. Late one night in March, he left the backpack in a phone booth in a different House building than the one she occupies.

Wasserman Schultz fought to prevent law enforcement from looking at the laptop, threatening a police chief with “consequences” and implying it was “a member’s” laptop. She hired an outside lawyer, Bill Pittard, who specializes in the “speech and debate” clause of the Constitution that is designed to protect lawmakers from persecution for political stances, but lawmakers have used to try to stymie criminal probes in the past.

Now, it is Awans’ lawyers who are seeking the right to keep information in the backpack, including the “hard drive,” from being used as evidence.

Andrew McCarthy, a former chief assistant U.S. attorney who has followed the case, said “The A/C (attorney-client) privilege only applies to communications between the client and lawyer that are for the purpose of seeking legal advice and that are intended by both parties to be kept confidential… Moreover, asserting that something is A/C protected does not make it so. You still have to show that the material in question constitutes communications strictly between the lawyer and client that were for the purpose of seeking legal advice.”

The notation indicates that Awan hired a lawyer long before March, because he knew he was the subject of a criminal investigation into his House activities. He was not charged with bank fraud until July, when he was arrested at the airport by the FBI. He was attempting to leave the country and prosecutors said a document he was carrying indicated he was using an alias.

The “voluminous discovery,” and the apparent importance of the hard drive to the case, also suggests the aides’ work in the House is at issue, not simply a matter of lying on requests for bank withdrawals. Democrats such as Rep. Joaquin Castro of Texas — a member of the intelligence committee — and Rep. Ted Lieu of California, however, have claimed the case has nothing to do with their work on Capitol Hill.

The men employed Abid and Jamal. “The brother you mentioned that got arrested, he was not my staffer, I used someone else who was part of the same company,” Lieu told a TV station. “If you look at the charge of the brother, he was charged with bank fraud… that has nothing to do with national security.”

Neither of the lawmakers explained why, if the only issue is alleged bank fraud by Imran, they would have fired all his relatives five months earlier.

The briefing warned that “all five of the shared employees system administrators collectively logged onto the [House Democratic] Caucus system 5,735 times, or an average of 27 times per day,” even though only one of them was authorized.

The hearing, set for Thursday, was postponed to Jan. 8. It was originally scheduled for just before Thanksgiving, but was postponed by a week after a similar request.