Published by The gateway Pundit 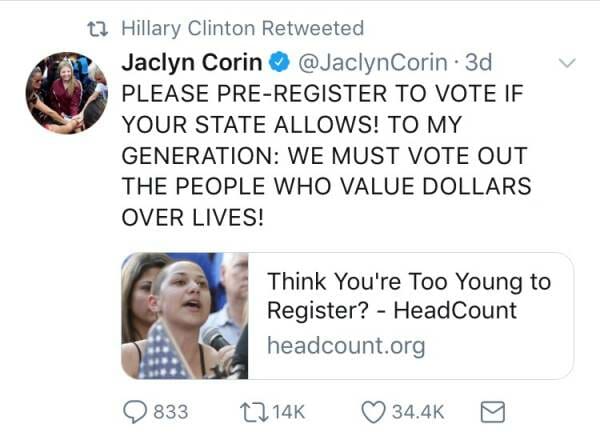 The Gateway Pundit was the first publication to question the media’s motives behind propelling a select few anti-gun Parkland students into the spotlight following the Valentine’s Day massacre which left 17 students and adults dead.

Because we accurately reported the students were being coached by the media to spew anti-gun, anti-Trump rhetoric to push the leftist narrative, we were on the receiving end of vicious attacks from the mainstream media.

Twitter is only giving bluecheck mark verification badges to Parkland students who call for gun control; pro-2A students are shunned. This is all by design.

On Tuesday, Hillary Clinton promoted anti-gun activist and Parkland student Jaclyn Corin who encouraged her peers to pre-register to vote.