Guns for me, but not for thee — that’s the mantra of Hillary Clinton and Bernie Sanders.

As teens walked out of schools to complain about “gun violence” yesterday, the pair of politicians couldn’t be happier.

To all the students across our country who took part in #NationalWalkoutDay: Never let anybody tell you your voices don’t make a difference. You‘re an inspiration to millions of Americans who know commonsense gun reform is long overdue. We are with you, and we will not give up.

Hillary was with them (at least in spirit) — with a very big gun by her side.

During Clinton’s trip to India — where she insulted middle Americans, women Trump voters and nearly tumbled down the stairs — she was photographed with a security guard by her side who was toting a huge rifle. 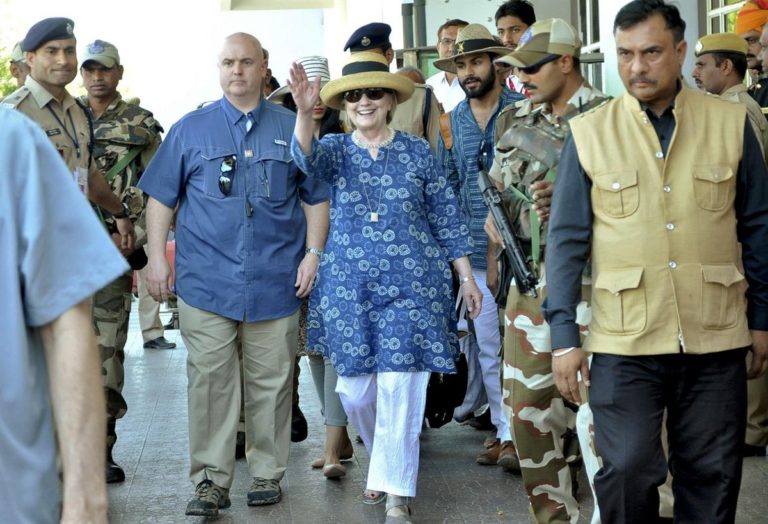 Meanwhile, everyone’s crazy socialist great-uncle Bernie Sanders praised the kids: “…lead us forward to stop the slaughter that we have seen from coast to coast due to gun violence.”

Thank you to the young people throughout this country who are walking out today and who have the courage to do what the United States Congress is not doing: lead us forward to stop the slaughter that we have seen from coast to coast due to gun violence. #NationalWalkoutDay pic.twitter.com/JfdcCc0Ifk

If anyone tried anything against Bernie Sanders, they likely would have been a statistic he was denouncing.