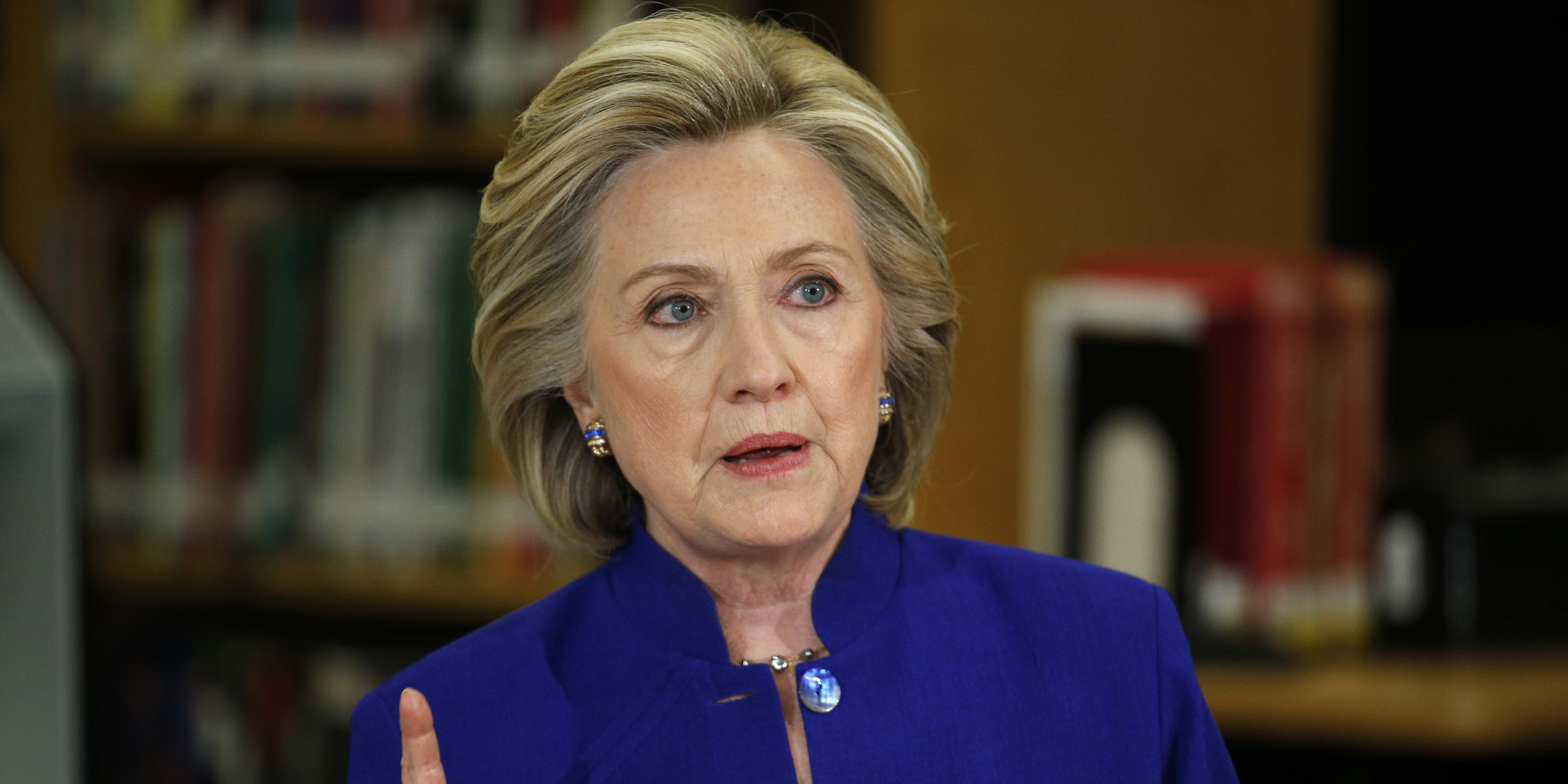 Why is anyone still willing to pay Hillary Clinton to do the chardonnay/long walks in the woods/resistance speech? Couldn’t she just go back to the glory days of 50s variety shows and open with, “I flew all the way here and boy is my broom tired.”

But Hillary is at it again. This time at a fundraiser for an anti-Israel congregation.

Bryan Bridges posted an open letter on his Facebook page announcing his resignation from the board of CBST… . “Recent events have demonstrated that CBST is far more committed to a progressive political agenda than to the Jewish people,” he wrote.

Bridges went on to offer a litany of examples as to what motivated him to leave CBST: The synagogue’s Facebook page included a link to a fundraiser sending potatoes to Gaza, while failing to post information on similar efforts benefitting Israelis. Shabbat services were regularly being “hijacked by a political agenda.” Last year, after another congregation canceled a panel discussion featuring two anti-Zionist activists who back the Boycott, Divestment and Sanctions (BDS) movement against Israel, CBST swooped in and provided the event with a room and institutional sponsorship. The culprit in Bridges’ telling is Rabbi Sharon Kleinbaum, CBST’s senior rabbi and a big-time macher in the world of progressive Judaism.

The perfect place for Hillary to do her routine. Should we even ask how much she got paid? But it’s time for some “radical empathy”. Which means empathy with radicals who have no empathy for anyone else.

On a related note, here’s Hillary laughing at the success of her efforts to aid a 12 year old girl’s rapist.

“It was a fascinating case, it was a very interesting case,” Clinton says in the recording. “This guy was accused of raping a 12-year-old. Course he claimed that he didn’t, and all this stuff.”

“I had him take a polygraph, which he passed – which forever destroyed my faith in polygraphs,” she added with a laugh.

Clinton can also be heard laughing at several points when discussing the crime lab’s accidental destruction of DNA evidence that tied Taylor to the crime.

In a July 28, 1975, court affidavit, Clinton wrote that she had been informed the young girl was “emotionally unstable” and had a “tendency to seek out older men and engage in fantasizing.”

But sympathizing with rapists and Hamas is what “progressive” empathy looks like. Kleinbaum and Clinton were meant for each other.

I’ll wait for the mosque members to stand outside with sings saying, “We support our gay and lesbian neighbors”.

In the aftermath of her defeat in the 2016 presidential election she came upon the concept of radical empathy as a way to refocus her own energies and focus as did the Jewish value of tikkun olam, or the shared responsibility to repair the world.

She said Tikun Olam has “helped to pick me up and keep myself going when I’ve been knocked down, which has happened from time to time,” Clinton wryly said, to laughter from the gathered crowd.

Tikkun Olam isn’t a Jewish value. It’s just leftist politics given a Jewish name. The Jewish idea of Tikkun Olam has nothing to do with leftist activism.

Clinton also tried her hand at a Yiddish. Kleinbaum’s family is of course kevelling, Clinton said, pronouncing it with an extra syllable at the front of the word. When the audience laughed at her attempt at Yiddish, she said, “not bad for a Methodist from the Midwest.”

Her abuela and bottle of hot sauce would be proud. Go Cubs/Yankees.

Then Clinton talked about some of the deeper ways she began to accept what had happened. “I also prayed. I prayed a lot, as fervently as I can remember” doing, she said.

“I prayed for help to put the sadness and disappointment of the election behind me, to stay hopeful and open-hearted rather than become cynical and bitter,” Clinton said.

I can’t help but think that those prayers weren’t answered. I think she had better luck with this prayer.