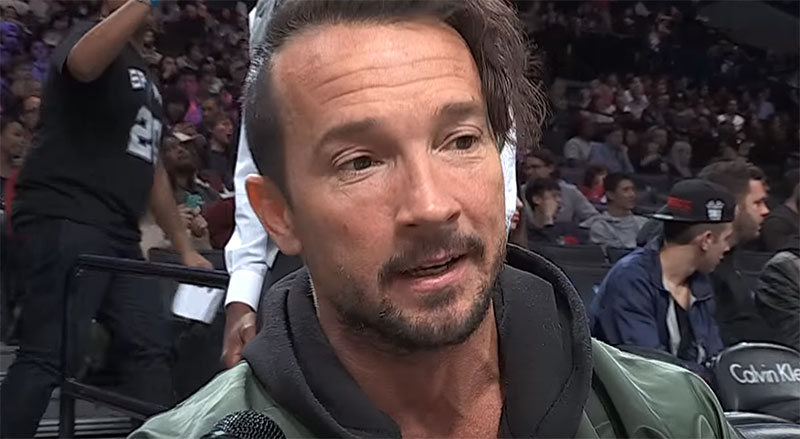 It’s a tragedy that a pastor of more than 7,000 Christians would join the ranks of those blurring the moral lines about killing preborn babies.

Last Monday, around 1:20 p.m. EST, hundreds of babies were being surgically dismembered, decapitated, poisoned, and otherwise violently killed inside abortion clinics around the country. Simultaneously, Hillsong Church NYC mega-pastor Carl Lentz had a platform from which to speak in their defense while a guest on “The View.” He refused to do so. In fact, he took the opportunity to suggest that their deaths can in some cases be justified and that the people killing them should continue living according to their own convictions.

When host Joy Behar asked directly whether abortion is sinful, he responded, “That’s the kind of conversation we would have finding out your story, where you’re from, what you believe. I mean, God’s the judge,” at which point the audience broke into raucous applause. “People have to live to their own convictions,” Lentz continued. “That’s such a broad question, to me, I’m going higher. I want to sit with somebody and say, ‘What do you believe?’”

This position might be received as a moderate stance on the issue or a lack of stance altogether. But in this case, to be on the fence is to be on the side of child sacrifice. “Live to your own convictions” is practically the slogan of the abortion lobby. Lentz might as well have said “My body, my choice,” or “Keep your rosaries off my ovaries.”

Creating Ambiguity Where Scripture Offers None

“So it’s not an open and shut case to you?” Behar asked. “Some people would say it is,” Lentz responded. “To me, I’m trying to teach people who Jesus is first, and find out their story. Before I start picking and choosing what I think is sin in your life, I’d like to know your name.”

This is a fantastic answer to the question of whether Calvinism or Arminianism is the more accurate interpretation of scripture. In reference to the biblical acceptability of child sacrifice, not so much. Scripture is unanimous and unambiguous in its condemnation of intentionally killing an image-bearer of God. There is no intellectually serious case to be made otherwise.

The abortion industry, with help from complicit institutions such as the mainstream media, academia, medical establishment, and others, is waging a propaganda campaign aimed at dehumanizing their victims. It’s a kingdom tragedy that a pastor of more than 7,000 Christians would join the ranks of those blurring the moral lines regarding the killing of preborn babies.

Lentz Has No Scriptural Case

Scripturally, Lentz has no justification despite the many abortion-supporting “Christians” who claim the Bible doesn’t specifically condemn abortion. The Psalmist writes, “You formed my inward parts; you wove me in my mother’s womb. … My frame was not hidden from you, when I was made in secret, and skillfully wrought in the depths of the earth; your eyes have seen my unformed substance” (Ps. 139:13-16). Prior to being fully formed, we have a substance that distinguishes us as image-bearers of God.

This substance is not merely a theological precept. It is physically qualifiable, taking the form of the human genetic code. This substance is the only possible foundation for human equality. If the abortion lobby had their way, self-awareness, viability, or another arbitrary trait would define humanity. If that’s the case, then human value exists on a sliding scale, in which the highly aware have more value than the oblivious, those who are self-reliant have more than those who depend on family, friends, or government, and so on. Denying personhood to any organism who is scientifically human shatters the concept of human equality.

Furthermore, biblical authors unanimously refer to the preborn as people. Job describes miscarried babies as “infants who never saw the light” (Job 3:16). Pregnant mothers are referred to throughout the New Testament as being “with child” (Matthew 1:18, Luke 2:5). Of Rebekah and Abraham’s twin sons, Moses records “the children struggled together within her” (Genesis 25:22). Luke refers to Elizabeth’s baby with the exact same word, υἱὸν (Greek for “son”), both before and after his birth (Luke 1:36, 57). They’re not ambiguous “blobs of cells” or “scrambled eggs” but sons, daughters, children, infants.

As for a specific condemnation of abortion itself, Jeremiah records God’s anguish with those who think they can play him for a fool and find loopholes in the sixth commandment (against murder). “Because the people have forsaken me and have profaned this place by making offerings in it to other gods whom neither they nor their fathers nor the kings of Judah have known; and because they have filled this place with the blood of innocents, and have built the high places of Baal to burn their sons in the fire as burnt offerings to Baal, which I did not command or decree, nor did it come into my mind” (Jeremiah 19:4-5). God didn’t bother to outlaw the killing of babies specifically because it is perfectly apparent that murder as a category includes murder of the very young.

Lentz’s actions are especially harmful given the abortion lobby’s recent effort to infiltrate religious narratives. In April, a collection of 60 religious organizations co-sponsored a letter urging congress to keep Planned Parenthood funded by tax dollars. “As organizations of faith, we stand with Planned Parenthood. As members of Congress committed to supporting the wellbeing of your constituents, we urge you to do the same.”

In June, Planned Parenthood released a video in which leaders of religious institutions stated their support for Planned Parenthood. In typical Hollywood fashion, it entailed speakers taking turns finishing each other’s asinine ideas. “Everything about what Planned Parenthood does speaks to Jewish, religious, ethical values. For me, that’s ministry.”

Faith communities play a crucial role in the abortion battle because faith is the only significant bulwark remaining against the third-wave feminism that has overrun nearly every major secular institution. University of Chicago professor Jerry Coyne gleefully asserted in an article in July that killing newborns will soon be societally embraced and is repelled only by stubborn religious beliefs about human worth. If Christian leaders follow Lentz’s lead, Coyne’s grisly vision will certainly come to fruition, a repeated historical pattern.

Based on the counsel of scripture, our response to the industrial-scale massacre of God’s image-bearers should be one of radical intercession. Defending those being led to slaughter must feature prominently in our endeavors regardless of profession, but especially for those who’ve been called to leadership within the church. For many Christians and pastors, this means repentance, and for some, it will include recants. I pray God gives Lentz the grace to do so.