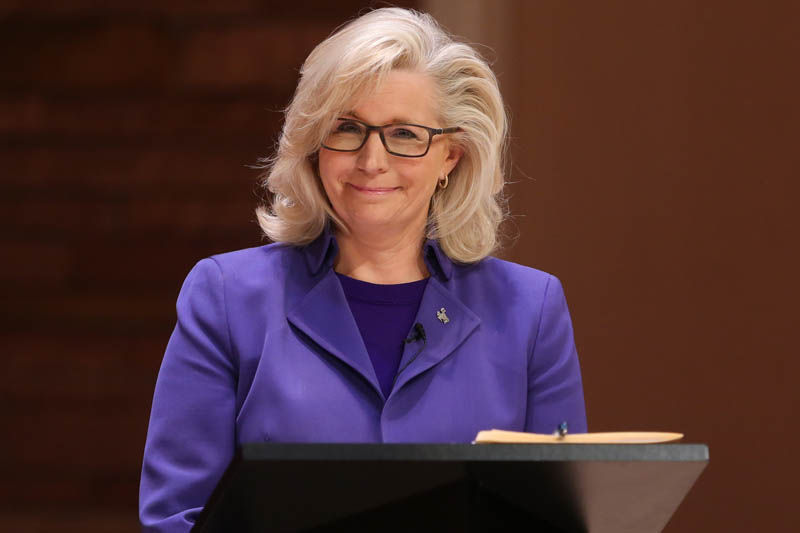 The Republican-led House released its budget blueprint Tuesday that calls for a steep increase to military spending that would break caps imposed by the 2011 Budget Control Act and require GOP members to coalesce with Democrats to lift the limits.

The resolution, put forth by the House Budget Committee, would authorize $621.5 billion in defense spending—$72.5 billion higher than the $549 billion limit dictated by the BCA. To pass the budget as is, lawmakers have to either permanently repeal the BCA or temporarily increase the caps for fiscal year 2018. Any change would require support from Democrats.

“The way that I look at this process is there’s two big things we have to do,” Rep. Liz Cheney (R., Wyo.) told the Washington Free Beacon. “One of them is get the resources the Pentagon needs this year, which we’ll do through the authorizing legislation and through the appropriations process. But equally, and maybe more important, is we have to repeal the Budget Control Act.”

The BCA was enacted as part of the 2011 sequester in an attempt to control spending and reduce the debt. If left in place, the law would cut nearly $1 trillion from the U.S. defense budget over a 10-year period.

Senior defense officials have blamed the BCA for eroding America’s military edge over adversaries, particularly as the forces face ongoing readiness and modernization challenges. Defense Secretary Jim Mattis went as far as to blame the caps for inflicting more harm on the military’s combat readiness than any foreign enemy.

Cheney and Rep. Mike Gallagher (R., Wis.), who have both advocated a complete repeal of the law, raised concerns that Democrats would use the caps on defense spending as a bargaining chip to pursue more funding for nondefense programs as they have in previous years.

Gallagher told the Free Beacon he hoped Congress was at the point where both parties recognize “defense spending is too important and too sacred to be held hostage to a partisan political fight.”

“The reality is that none of the other programs or activities the government engages in will matter if we don’t get the defense piece of this right,” she said. “Across the aisle, people understand now more than ever that the BCA didn’t do what it was supposed to do. It hasn’t had an impact on the debt, but it’s strangled the Defense Department.”

The House Budget Committee will hold a markup on the budget proposal on Wednesday. Once finalized, the bill will have to be reconciled with the Senate’s budget resolution.