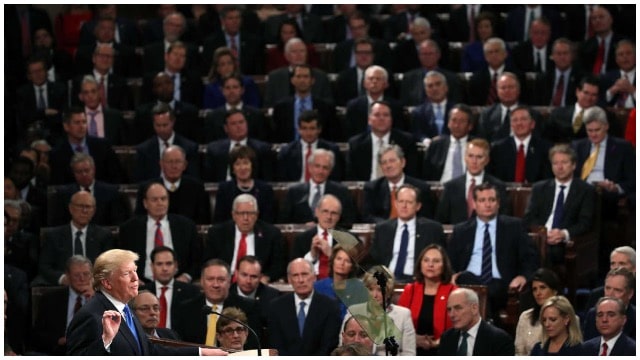 In light of President Trump’s rousing State of the Union address, his approval numbers jumped 10 points from 32% to 42%.

That’s not all. Democrats had a big lead on Congressional races heading into this year’s midterms.

Now? Not so much. They’re done!

The Democrats in Congress, who must have thought that they would leave their GOP challengers in the dust in the 2018 election, must be looking in their rear-view mirrors in disbelief — a new poll shows that the once vaunted huge lead congressional Democrats held going into 2018 has plummeted to virtually nothing.

A new Monmouth University Poll, which was taken before President Trump’s State if the Union address, shows 47% of registered voters indicating they would vote for or lean toward voting for the Democratic candidate in their district compared to 45% […]