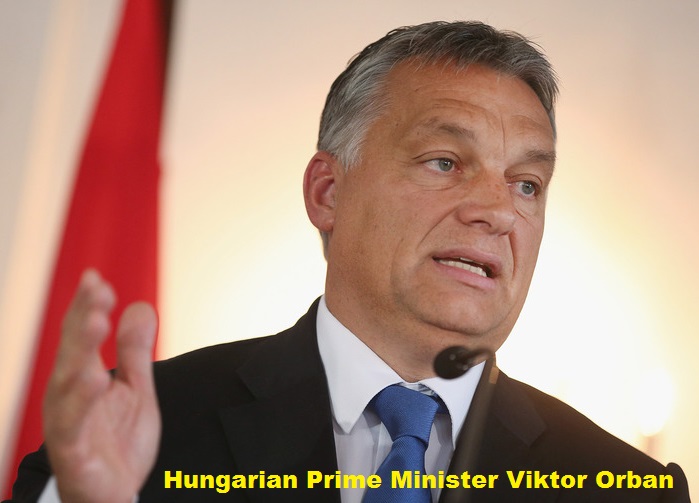 The prime minister of Hungary has accused the European Union’s leadership of insulting member-states, abusing its powers, and “eating out of the hand” of billionaire open borders campaigner George Soros.

Speaking on Hungarian Kossuth Rádió Viktor Orbán took eurocrats to task for attacks on Hungary which he believes are particularly motivated, singling out attempts to take legal action over a new law which requires foreign-supported ‘civil society’ organisations — many funded by Soros — to list their big overseas donors in a public register and be transparent about their funding sources in their publications.

“The whole of the European Union is in trouble because its leaders and bureaucrats adopt decisions like this,” said Orbán.

“The people support the ideal of the European Union. At the same time, they can’t stand the leadership of the EU, because it insults the Member-States with things like this, and it abuses its power. Everyone in Europe can see that. This is why the European leadership is not respected.”

"Hungary absolutely rejects every point of the Soros Plan to allow one million migrants into Europe every year" https://t.co/elkPUwFquR

Prime Minister Orbán told his interviewer that he believes the Hungarian government has “accomplished something important: we’ve revealed a hidden underground network, the network of George Soros; and day after day we shall prove what the connections are”.

“We have revealed that there is a Soros Plan. The existence of this has been admitted to by the author himself, so revealing it was no great achievement, but at least we’ve placed it in the political spotlight.”

Hungary builds a wall; cuts illegal immigration by over 99 per cent. Lessons for President Trump…? https://t.co/6OFbNVpbuv

The conservative premier pulled no punches when addressing the actions of politicians in the European Parliament, who recently passed a resolution calling on the European Commission to launch Article 7 proceedings against Hungary — potentially leading to sanctions and suspension of its voting rights.

“What they are occupying themselves with is attacking from behind those who are protecting Europe,” he said frankly.

“[O]ur soldiers and police officers stand fully-armed on the border, trying to apprehend, screen and eject from Europe people seeking to enter the continent illegally, and who may well be potential terrorists posing a threat to public security, human life and property.

“While we are doing this job, they sit in their comfortable offices and – as we say in Budapest – nit-pick in their pomp. Once again the European Union has clearly failed.”