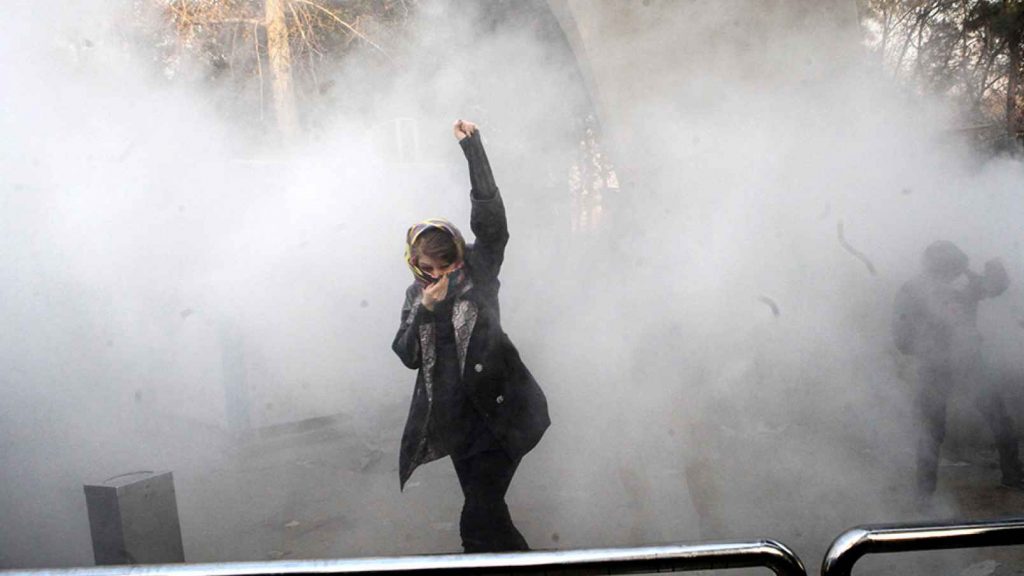 In 2009, Iran was swept by demonstrations, just as it is now. But at that time, the protesters were shouting “Allahu akbar,” and there was no indication that they wanted anything but reform of the Islamic regime, not the end of the regime itself. This time, however, the protesters have been chanting: “We don’t want an Islamic Republic!” “Clerics shame on you, let go of our country!” Some have even chanted: “Reza Shah, bless your soul!”

What has changed? Donald Trump.

Reza Shah was the Shah of Iran from 1925 to 1941 and the father of Mohammed Reza Pahlavi, the Shah who was overthrown in the Islamic Revolution in 1979. Reza Shah admired Turkey’s Kemal Ataturk and set Iran on a similar path of Westernization and secularization. In chanting this, the protesters are emphasizing that they do not just want economic reforms, as has been the line of the establishment media in the West. Nor do they want an Islamic Republic that is less corrupt. They don’t want an Islamic Republic at all.

Now why would Trump have anything to do with this? Because he has been singular among the leaders of the world, and the Presidents of the United States since 1989, in demonstrating his readiness to stand up to violent intimidation. President Trump has already made it clear in so many ways, most notably by recognizing Jerusalem as Israel’s capital. Clinton, Bush, and Obama all spoke about Jerusalem being the capital of Israel, but backed off from recognizing the fact as official U.S. policy, for fear that Muslims would riot and kill innocent people, and that such a recognition would jeopardize the chimerical and fruitless “peace process.”

So should terrorists decide where our embassy should be? Trump was not willing to concede this point. And when one man shows that bullies can be confronted and stood down by people with courage, others are inspired to make the same kind of stand. This new Iranian uprising came just weeks after Trump’s Jerusalem announcement, after the threatened rage and riots of Muslims worldwide in response to that announcement proved to be largely a fizzle.

Is it a coincidence that the Iranian people have stood up to the forces of jihad intimidation just after the President did so? Maybe. But if so, it’s a marvelous one, and in either case it’s illustrative of the power of courage in an age of cowardice.

For here again, even if the Iranian freedom movement has nothing to do with Trump, it is certain that these demonstrations would already be over, and may never have begun, if Hillary Clinton were President of the United States right now. Confronted with those 2009 demonstrations that did not go as far or demand as much, Barack Obama betrayed the demonstrators to every grisly fate that the mullahs could devise for them in their torture chambers. Bent on concluding the disastrous nuclear deal that lined their oppressors’ pockets with billions and set the world on a path to a catastrophic nuclear attack, Obama ensured that the U.S. government didn’t lift a finger or offer a word of support for the protesters, even as they were being gunned down in the streets.

But now the man who is setting the tone is a different man. Trump has come out strongly in favor of the protesters, tweeting: “Many reports of peaceful protests by Iranian citizens fed up with regime’s corruption & its squandering of the nation’s wealth to fund terrorism abroad. Iranian govt should respect their people’s rights, including right to express themselves. The world is watching!”

In a similar vein, State Department spokesperson Heather Nauert said: “Iran’s leaders have turned a wealthy country with a rich history and culture into an economically depleted rogue state whose chief exports are violence, bloodshed, and chaos. As President Trump has said, the longest-suffering victims of Iran’s leaders are Iran’s own people.” Press secretary Sarah Huckabee Sanders added: “There are many reports of peaceful protests by Iranian citizens fed up with the regime’s corruption and its squandering of the nation’s wealth to fund terrorism abroad. The Iranian government should respect their people’s rights, including their right to express themselves.”

For the people of Iran, with help from Donald Trump, this could just possibly be the dawning of a new era of freedom. Even if the regime remains in power this time, it has been shaken to its core. It cannot afford to be as openly repressive and bloodthirsty as the Chinese at Tienanmen Square. Not, we can hope, with Donald Trump in the White House.