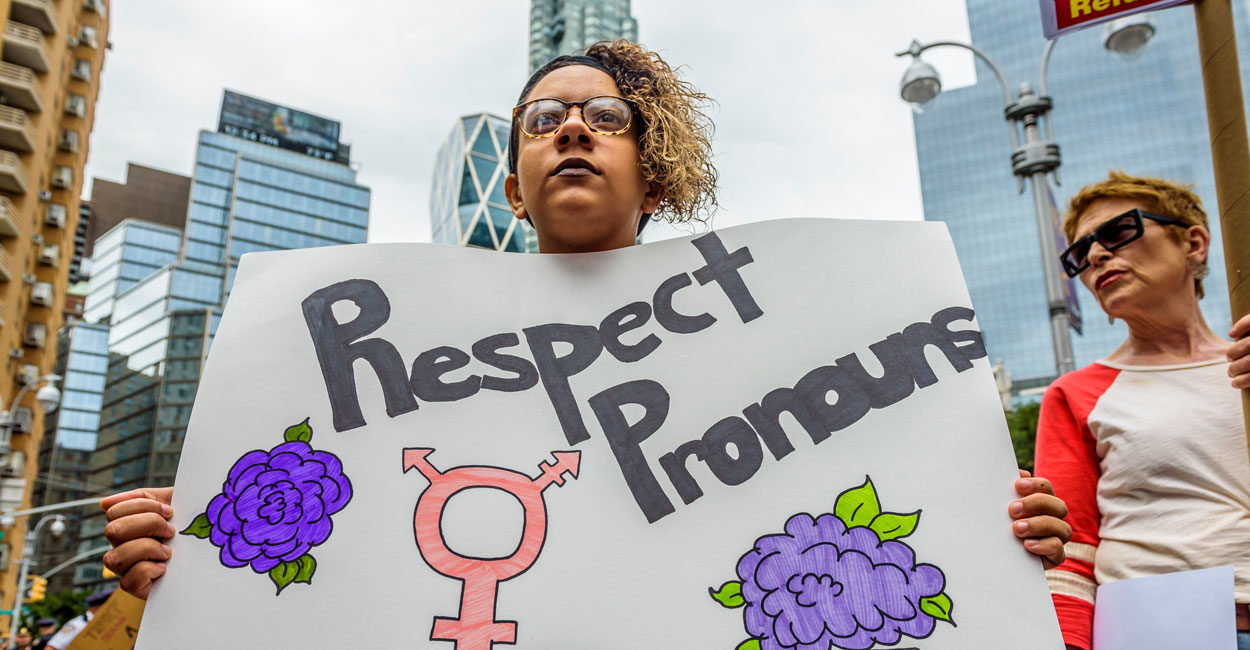 It is sometimes astounding the kind of foresight the Founding Fathers had in protecting future generations from tyranny.

The current international push to criminalize free speech in the name of various social movements should make us thankful that we have the First Amendment. Most other nations, even in the Western world, don’t have nearly the codified protection of speech that we in America have.

For instance, French President Emmanuel Macron recently called on his country to address the fact that France had no age of consent law (oh, France) and the more common global issue of sexual harassment. These were worthy goals, yet his proposal was a low that would have taken an ax to free speech rights.

“Let’s seal a pact of equality between men and women,” he said. “It is essential that shame changes camp. Gender-based insults will be punishable by law. Offenders will face a deterrent fine.”

So if you say that Macron does tyranny like a girl, it seems you may be in hot water with the law.

According to The Daily Caller, France is also considering making cat-calling illegal.

To be sure, cat-calling is a particularly boorish and ungentlemanly behavior, yet one can see how such a law can be immediately abused. Additionally, similar measures in other countries haven’t been particularly effective.

The individual rights of citizens get curtailed, but the social pathology continues. The worst of all worlds.

Government control of speech in relation to gender has perhaps even deeper implications in the transgender debate, as some Western countries have taken to passing laws that effectively force citizens to use the pronoun of a person’s choice under the threat of fines, or even jail time.

One of the most far-reaching of these laws was passed in Canada earlier this year. It threatens people who refuse to use preferred or gender-neutral pronouns with legal punishment.

The law’s authors contend that it was created to prevent discrimination based on gender identity. Canadian Prime Minister Justin Trudeau called it a “critical extension of human rights.”

Of course, it’s really a bald assault on the individual right of free speech. As The Weekly Standard’s Max Diamond wrote:

Those who refuse to use gender neutral pronouns such as ‘they’ or ‘zi’ and ‘zir,’ or who oppose the notion that gender is subjectively determined, may find themselves facing the full force of federal law.

Of course, getting smacked down in court hasn’t stopped some states from pushing the envelope. The New York City Commission on Human Rights adopted legal guidance in 2016 that threatened employers with fines of up to $125,000 for refusing to use a person’s preferred pronoun, and up to $250,000 for such “violations that are the result of willful, wanton, or malicious conduct.”

In October, California Gov. Jerry Brown signed a law that criminalizes using the wrong pronoun to identify a transgender person in a nursing home. This law even puts jail time on the table for repeat violators of the law.

But as Hans Bader, an attorney for the Competitive Enterprise Institute, wrote, laws that force individuals to use pronouns will likely be ruled in violation of the First Amendment by the Supreme Court.

One of the greatest gifts that the First Amendment and the culture of free speech has given the United States is our ability to deconstruct lies through free debate and dissent.

The Founders didn’t write free speech protections into the Constitution because they thought all speech would be good, or even truthful. No—the goal was to allow us all to rigorously pursue the truth. They placed more confidence in the people to find the truth out of a cacophony of views than in the government to be neutral in enforcing speech laws.

These latest Orwellian attempts to force people to use certain pronouns is exactly the kind of governmental overreach the Founders feared.

Laws designed to crack down on speech, or compel individuals to say things they don’t believe out of punishment, are not simply oppressive—they obscure reality itself and the possibility of debating, and finding, truth.

(First reported by Jarrett Stepman and published by The Daily Signal) http://dailysignal.com/2017/12/11/pronoun-wars-thankful-founding-fathers/   (December 12, 2017)