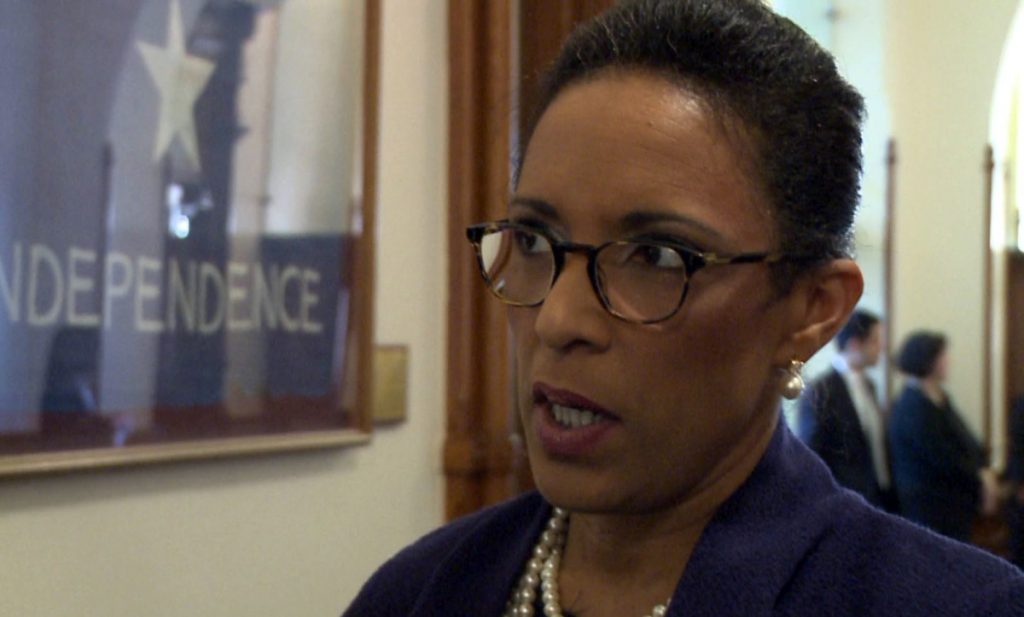 Another day, another corrupt Democrat.

Travis County prosecutors claim Dukes showed up to the Capitol impaired, hid a cell phone from investigators and spent over $51,000 on an online psychic.

Dukes apparently used her own money for the psychic; the court documents do not indicate that she used taxpayer money.

In other “extraneous acts” listed in the filing, prosecutors say Dukes:

• Was noticeably impaired while trying to perform legislative duties at the Capitol and showed up late to a House Appropriations Committee hearing on March 29, stating, “I know I’m talking a lot. I’m full of morphine and will be headed out of here soon.”

• Agreed to a contract with the Austin school district for her company, DM Dukes and Associates, to provide business evaluations but subcontracted the work to a consulting firm. The district paid Dukes $514,224 from May 2015 to March 2016.

• Arrived late to court settings on June 30 and Aug. 21. Judge Brad Urrutia threatened to hold Dukes in contempt if she does it again.

• Failed to submit in a timely fashion both a campaign finance report before the 2016 election and a 2017 personal financial statement. She was fined $1,000.

Dawnna Dukes is a TWELVE TERM State Rep. The longer these swamp creatures are in politics, the worse they become. If Dawnna Dukes held a job in the private sector and showed up to work impaired or decided not to show up 65% of the time, she would have been fired long ago.