August is looking to heat up with Antifa and their comrades Submedia and Crimethinc getting ready to get their violence on in the name of confronting fascism. That’s rich because they are communists. They are also taking a so-called stance against the prison-industrial complex and of course their efforts to throw the border wide open and abolish ICE. Watch the videos below, they are disturbing and alarming.

Their propagandic videos are spun to make groups such as Patriot Prayer look as though they are the ones bringing violence to the streets. From what I have personally seen, this is not true at all. It is fascist/communist groups such as Antifa that bring the violence every time. There are some on the far right that are violent, don’t get me wrong. But the overwhelming majority of incidents come from Antifa. They promote militant violence to combat those they label as fascists. That would be anyone who supports President Trump or who is a conservative. Antifa is unapologetic for wanting to get down and dirty with the right. They see them as the enemy and will go to war with them all the while claiming that the right brought the violence on themselves. It’s twisted… it’s leftist authoritarian think… it’s communism.

It’s ironic in the extreme that Antifa is claiming they are protecting people while inciting violence. They say there is a new wave of violence coming from the fascist right, but the only time we see violence is when the left and Antifa are involved. They are calling everyone on the right fascists and Nazis. I doubt they even know what that means. 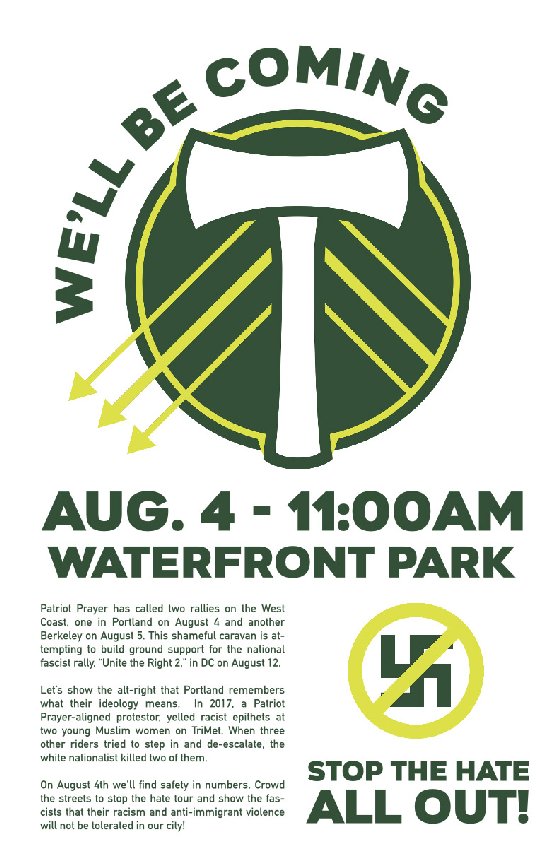 I want to give you word for word what they are promoting on their site so you can see and hear this for yourselves. If these protests are coming to the place where you live, prepare yourself and stay safe.

From Its Going Down:

All Out for August! Fight Fascism, but Keep the Pressure on the State

August is shaping up to be a busy month in the United States, with a convergence of struggles against fascist organizing, the prison-industrial complex, and the violence of the border as exemplified by Immigration and Customs Enforcement (ICE). With our comrades at Submedia and CrimethInc., we’ve prepared a short video addressing the situation, followed by a brief analysis.

We’re seeing a new wave of activity from the fascist movement that was so soundly beaten in the streets a year ago. Early on the morning of July 28, the Nazis of Patriot Front attacked the camp set up by Occupy ICE in San Antonio. This August, the same fascist groups that terrorized and murdered people last year are preparing to rally around the US again—everywhere from Providence and Washington, DC to Portland and Berkeley.

Fascists are the street wing of the Trump agenda. We have to shut them down wherever they organize. But above all, we can’t let them stop us from standing up to the state, the chief source of authoritarian violence.

“THESE GOONS ARE OF GREAT USE TO THE AUTHORITIES. THEY CAN CARRY OUT ATTACKS THAT THE STATE IS NOT YET ABLE TO, INTIMIDATING THOSE WHO MIGHT OTHERWISE REBEL. THEY DISTRACT FROM THE INSTITUTIONALIZED VIOLENCE OF THE STATE, WHICH IS STILL THE CAUSE OF MOST OF THE OPPRESSION THAT TAKES PLACE IN OUR SOCIETY. ABOVE ALL, THEY ENABLE THE AUTHORITIES TO PORTRAY THEMSELVES AS NEUTRAL KEEPERS OF THE PEACE.”