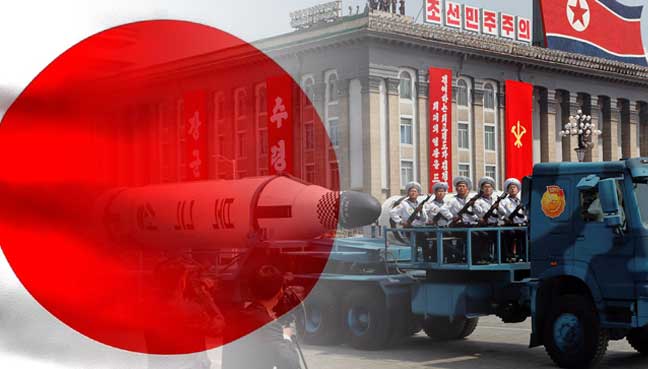 One of the United States’s allies in Asia is becoming increasingly concerned with North Korean leader Kim Jong-Un and his dictatorial regime, as the dictator continues to conduct intercontinental ballistic missile and nuclear tests.

Japan’s President, Shinzo Abe, wrote in a New York Times op-ed that “more dialogue with North Korea would be a dead end.” President Abe did not explicitly state that it was time for the world to take military action against North Korea, but he did say that he agreed with President Trump that “all options are on the table.” While the United Nations and coalitions of countries have continuously slapped North Korea with sanctions or have made attempts to make deals to hamper the country’s development of its nuclear program, North Korea has cheated, withdrawn from the International Atomic Energy Agency in 1994, and has conducted six nuclear tests in just over a decade.

The government of Japan has had to contend with the North Korean threat for some time. Two of North Korea’s more recent missile tests had the missiles fly over Japan, which caused Japan to take emergency precautions and conduct military drills in case an attack is carried out. Kim Jong-Un stated himself that “The four islands of the archipelago should be sunken into the sea by the nuclear bomb of Juche. Japan is no longer needed to exist near us.”

These threats from “Rocket Man,” as President Trump dubbed him on Twitter, are nothing new. However, the increasing boldness of the ruthless dictator is putting the world on edge. Recent sanctions on North Korea by the United Nations have restricted the flow of oil and other resources into the country in another attempt to try and slow down the regime’s missile development. Previous measures have failed to keep the nation in check, as the government would rather spend its money on increasing its military prowess than feeding its starving population.

I spoke with President Moon of South Korea last night. Asked him how Rocket Man is doing. Long gas lines forming in North Korea. Too bad!

North Korea’s neighbor to the west is also displeased with Kim Jong-Un, as the international community ramps up pressure on China to play a bigger role in deterring its fellow communist neighbor from stirring up trouble. China does not want to see an escalation near its border or see the United States military at its doorstep. China would like to see how the new sanctions affect North Korea’s future decision-making but, on Monday, China and Russia conducted naval drills in the Korean Peninsula.

Part of the reason why UN sanctions against North Korea have been unsuccessful is that, while the UN has asked other countries to cut their ties with the rogue state, North Korea still receives resources from sympathizing nations. The only way to de-escalate the situation is to have the countries of the world work together. As President Abe says, “Solidarity and concerted effort among the international community, together with the effective role of the United Nations, are more vital than ever.”