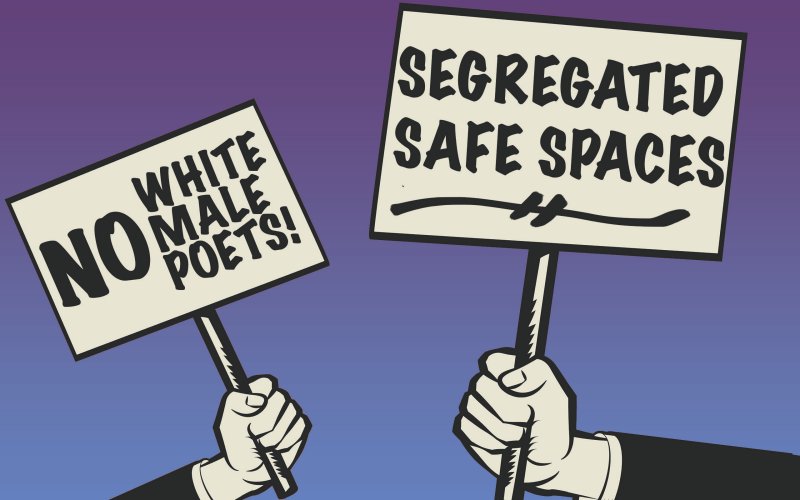 It was announced in the past week that Yale University has decided to ‘decolonize’ the curriculum offered by its English department.

The absurd ‘guilt trip’ perpetrated by progressives continues unabated – and actively supported by one of our leading universities.

Reacting to an eighteen-month initiative led by students, Yale will now change its English program to select authors and poets – based on the color of their skin, their gender and their sexual preference – rather than solely their academic merit.

As the student petition stated, the current approach – which has been in existence for decades –  ‘actively harms students.’

Snowflakes, please, ‘Give me a break.’

And, if the matter weren’t so serious, it would be laughable.

Critically important, whatever happened to ‘merit’ as the basis for decisions in our society?

And, what’s wrong with selecting college curricula based on the notion of academic excellence?

Here’s my reading of what has happened at Yale and what continues to happen on our campuses.

In the elite academic bubble (which of course exists in its own ‘la-la land’) a generation of coddled students makes demand after demand on the administration.  An only too-willing administration makes concession after concession.

Truth be told, the administration typically is covertly, if not overtly, supportive – and in any event lacks the backbone to object. There is a pervasive feeling of guilt that lives within academia.

To be supportive of our western culture, let alone argue for its superior contributions, is anathema at colleges and universities across our country.

Even worse for an academic to say that he or she believes in the greatness of America or that American exceptionalism is even a thinkable proposition.

So, is it really any surprise that Yale would accede to the student demands and aggressively move to diminishing the role of important authors who happen to be white and male? Of course not.

But here’s the problem.  Paraphrasing Dr. Martin Luther King, from his ‘I Have A Dream’ speech, he famously envisioned a nation where we will not be ‘judged by the color of our skin, but by the content of our character’.

Dr. King was describing a nation of individuals based on merit, based on achievement, based on excellence. Not membership in a group.  Look how far from that vision we have strayed.

Today, we have diversity run amok throughout academia.  Where the sanctity of the individual and all that makes him or her special is subordinated to group identity – ethnic, racial, sexual preference.

How can we continue to be a great nation when our commitment to merit, excellence and achievement is chipped away at – at every turn?

How can we pass on to the next generation our respect for the sanctity of the individual when our academic institutions teach nothing of the kind and instead actively promote the opposite view?

Taking a step back, of course, it’s true that the reorganization of some English courses by one university, by itself is not going to change the course of history and cause our great nation to falter.

However, it is a most troubling event – primarily because it is emblematic of a larger trend that does threaten to undermine our fundamental values.  Not all at once, but step by step.

Therefore, as Americans and patriots, we need to be ever vigilant and do all we can to stem the tide of progressivism at every turn.

Jay Lucas is a graduate from Harvard Law and Business schools. He is the founder of The Lucas Group and Lucas Brand Equity.  He served two terms in the New Hampshire State Legislature as a Representative from Newport. He won the New Hampshire Republican Primary for Governor in 1998. He devotes his time to the non-profit Children of Fallen Patriots.

Jay can be found on Linked In: Jay Lucas