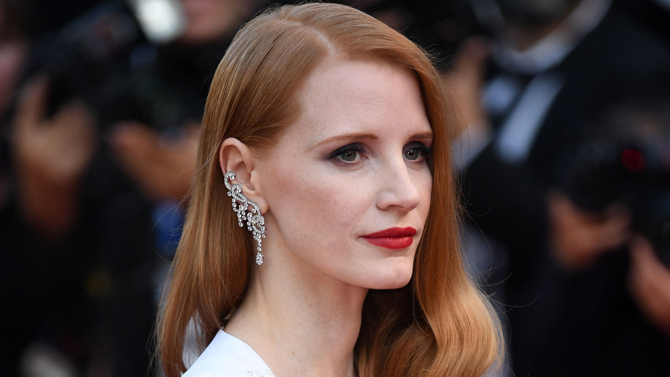 Oscar-nominated actress Jessica Chastain went directly after a key issue that, in the wake of the Harvey Weinstein sex scandal, will affect Tinseltown for at least a generation — the fact that the decades-long, industry-wide cover-up of sexual misconduct has destroyed whatever residual moral authority Hollywood had left.

Speaking at an Elle magazine event Monday, Chastain said, “Oh we’re very quick to point the finger at others and address the issue with social action and fundraising. Yet there is a clear disconnect between how we practice what we preach in our industry.”

She added, “We rally against the presidential candidate who slants a narrative of his sexual assault as mere locker room talk, but at the same time we ignore the stories and warnings of sexual predators in our offices.”

While the knock against President Trump is a myth perpetrated by a dishonest national media that continues to lie about Trump “admitting” to sexual harassment in the infamous Access Hollywood tape (he did not), Chastain’s overall point is dead on.

There is nothing leftwing Hollywood enjoys more than to spend $50 million on a movie no one will see as a means to scold and look down upon normal Americans, most especially conservatives and Christians, who live in the suburbs, the south or anywhere not on a coast.

After Hollywood’s defense of admitted child rapist Roman Polanski ten years ago, this was already laughable.

The Weinstein scandal, however, is something altogether different.

The public now knows that the very same Hollywood that jumped on the War on Women bandwagon, that slashed and burned every Republican in sight over the issue, that backed Hillary Clinton… That his industry has the dirtiest and most disgusting backyard in corporate history.

While Hollywood donned their shrill pussyhats and stridently lectured the rest of us, Tinseltown was aggressively shielding, enabling, and protecting countless predators and harassers.

And these harassers and predators are still being shielded.