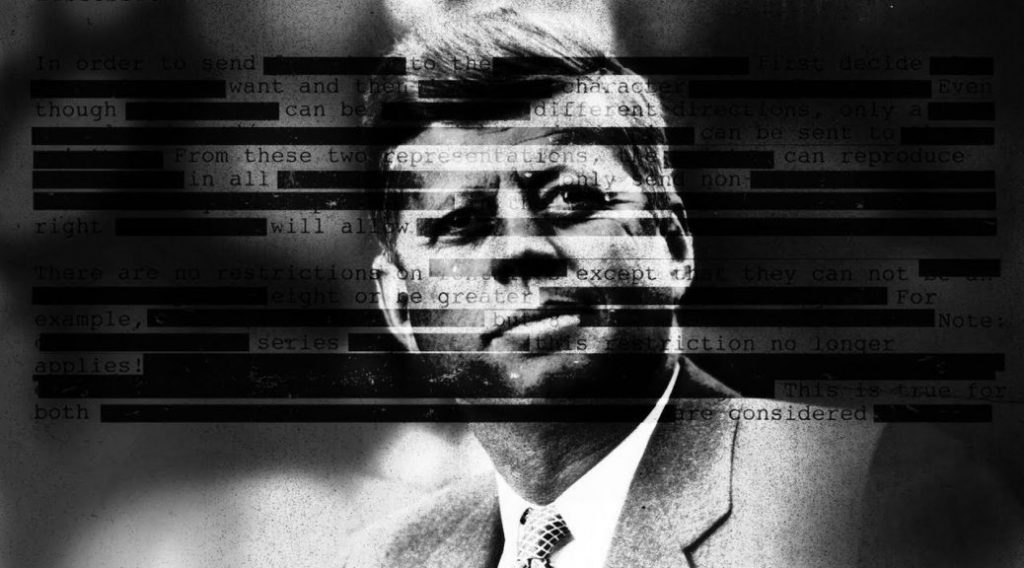 These assertions are some of many unearthed in newly revealed government documents related to the assassination of President John F. Kennedy.

Following a deadline 25 years in the making, the National Archives on Thursday evening released a horde of JFK files. President Donald Trump blocked the release of some documents at least temporarily, citing national security concerns, leaving researchers, conspiracy theorists and interested onlookers 52 previously unreleased full documents and thousands in part to sift through.

Here are some of the highlights from the trove so far:

In the minutes of a secret meeting on Operation Mongoose from September 14,1962, “General (Marshall) Carter said that the CIA would examine the possibilities of sabotaging airplane parts which are scheduled to be shipped from Canada to Cuba.”

CIA-mafia plot on Castro
A 1975 document from the Rockefeller Commission detailing the CIA’s role in foreign assassinations said plans to assassinate Castro were undertaken in the early days of the Kennedy administration.

The report said Attorney General Robert Kennedy, the President’s brother, told the FBI he learned the CIA hired an intermediary “to approach Sam Giancana with a proposition of paying $150,000 to hire some gunman to go into Cuba and kill Castro.”

The attorney general said that made it hard to prosecute Giancana, a Sicilian American mobster.

“Attorney General Kennedy stated that the CIA should never undertake the use of mafia people again without first checking with the Department of Justice because it would be difficult to prosecute such people in the future,” the report reads.

The report also said the CIA was later interested in using mobsters to deliver a poison pill to Castro in order to kill him.

During Operation Mongoose in 1960, the CIA also considered staging terror events in Miami and blaming it on pro-Castro Cubans.

“We could develop a Communist Cuban terror campaign in the Miami area, in other Florida cities and even in Washington. We could sink a boatload of Cubans enroute to Florida (real or simulated). We could foster attempts on lives of Cuban refugees in the United States even to the extent of wounding in instances to be widely publicized. Exploding a few plastic bombs in carefully chosen spots, the arrest of a Cuban agent and the release of prepared documents substantiating Cuban involvement also would be helpful in projecting the idea of an irresponsible government.”

The FBI got a death threat on Oswald the day before his murder
A document dated November 24, 1963, showed FBI Director J. Edgar Hoover addressing the death of Oswald at the hands of Jack Ruby.

“There is nothing further on the Oswald case except that he is dead,” Hoover begins.

Hoover said the FBI’s Dallas office received a call “from a man talking in a calm voice,” saying he was a member of a committee to kill Oswald.

He said they pressed the Dallas chief of police to protect Oswald, but Ruby was nevertheless able to kill the gunman.

“Ruby says no one was associated with him and denies having made the telephone call to our Dallas office last night,” Hoover said.

Hoover went on to say the FBI had evidence of Oswald’s guilt and intercepts of Oswald’s communications with Cuba and the Soviet Union. He said he was concerned there would be doubt in the public about Oswald’s guilt and that President Lyndon Johnson would appoint a commission to investigate the assassination.

Passing blame for a coup in South Vietnam
A top secret document from 1975 for the Rockefeller Commission outlines the testimony of former CIA Director Richard Helms.

In the transcript, Helms said he thought former President Richard Nixon believed the CIA was responsible for the death of South Vietnamese President Ngo Dinh Diem, who died following a coup linked to the CIA.

“There is absolutely no evidence of this in the agency records and the whole thing has been, I mean rather — what is the word I want — heated by the fact that President Johnson used to go around saying that the reason President Kennedy was assassinated was that he had assassinated President Diem and this was just … justice,” Helms said.

Helms added: “where he got this from, I don’t know.”

The deposition continues, with him being asked if there was any way Oswald was in some way a CIA agent or an agent,” before the document cuts off.

Alleged Cuban intel officer said he knew Oswald
A cable from the FBI in 1967 quoted one man quipping Oswald must have been a good shot.

The alleged Cuban officer returned, “oh, he was quite good.”

Asked why he said that, the officer said, “I knew him.”

Soviets said killing was an ‘organized conspiracy’
FBI Director Hoover forwarded a memo to the White House in 1963, shortly after Kennedy’s death. The memo, obtained by the Church Committee and classified top secret, detailed US sources’ sense of the reaction in the USSR to Kennedy’s death.

“According to our source, officials of the Communist Party of the Soviet Union believed there was some well-organized conspiracy on the part of the ‘ultraright’ in the United States to effect a ‘coup,’” the memo said. “They seem convinced that the assassination was not the deed of one man, but that it arose out of a carefully planned campaign in which several people played a part.”

The source said the Soviet officials claimed no connection between Oswald and the USSR, and described him as “a neurotic gunman.”

CIA intercepts call from Oswald to KGB
A CIA memo from the day of Kennedy’s assassination outlined a CIA intercept of a call from Oswald, then in Mexico City, to the Russian embassy in Mexico. Oswald spoke to the consul, Valeriy Vladimirovich Kostikov, an “identified KGB officer” “in broken Russian.”

The memo’s author said he was told by the FBI’s liaison officer that the bureau believed Oswald’s visit was to get help with a passport or visa.