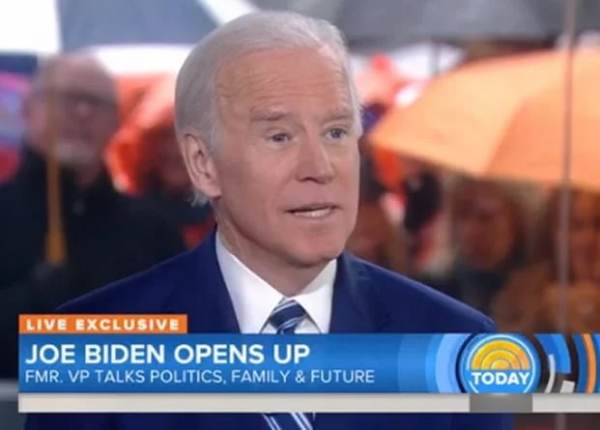 Joe Biden was recently on Good Morning America and was asked what Trump has done well. Naturally, he had a somewhat creepy response. After all, he’s Joe Biden.

Biden on what Trump is doing well: ‘I think he married very well’

Former Vice President Joe Biden on Monday struggled to come up with a specific example of something President Trump has done well since taking office, joking that “he married very well.”

“It’s more the tone of this administration that bothers me,” he said.

“With all due respect, you haven’t come up with one thing you think he’s doing well,” host Matt Lauer interjected.

“I can’t think of something right now,” he continued. “But I’m not being a wiseguy. There’s a lot of the country that’s still functioning.”