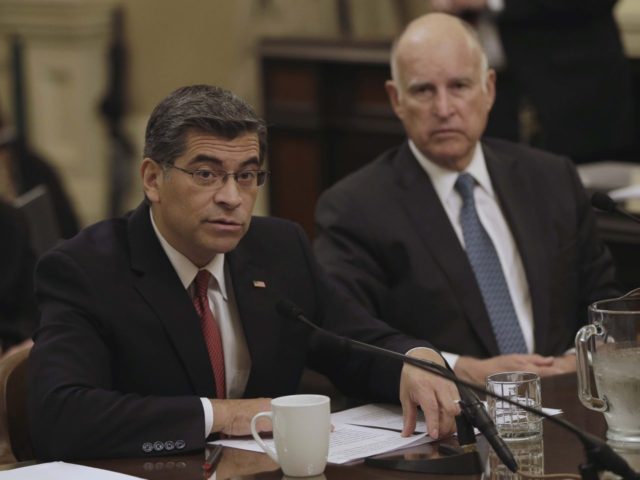 U.S. District Court Judge Vince Chhabria denied a demand by California and 17 other states for a temporary restraining order to continue $600 million per month of Obamacare insurance company subsidies on Wednesday.

U.S. District Court Judge Vince Chhabria, a Barack Obama appointee, ruled against issuing an emergency order requiring so-called “cost-sharing reduction” (CSR) payments to be restored, while 18 states and the District of Columbia litigate an appeal of a lower court decision in favor of the U.S. House of Representatives that President Obama’s annual authorization to make CSR payments was unconstitutional without Congressional authorization.

Politico reported that Judge Chhabria was skeptical that the states had demonstrated that there was an immediate threat to consumers that rose to the level that the judicial branch should compel the executive branch of the federal government to make payments deemed illegal by another federal court.

The judge, in a damaging comment to the states, commented that states have already devised a work-around plan to mitigate harm from the loss of CSR payments: “And although you wouldn’t know it from reading the states’ papers in this lawsuit, the truth is that most state regulators have devised responses that give millions of lower-income people better health coverage options than they would otherwise have had.”

The “work-around plan to mitigate harm” for Obamacare in the Golden State is regulators jacking up healthcare premiums for Covered California by adding a surcharge of 12.4 percent. That comes on top of the 12.9 percent increase already authorized for Covered California’s most popular Silver Plan in 2018. But that is just an “average surcharge”: some California regions will see an additional 27 percent spike, meaning 2018 premiums would spike by over 40 percent.

Breitbart News reported earlier this year that the Democrat-controlled California legislature had held hearings on the state adopting a single-payer health care system under the “Healthy California Act” (HCA) as a replacement for Obamacare, taking over $287 billion of health care spending for 24 million residents.

Sponsoring California State Senator Ricardo Lara (D-Bell Gardens) claimed the HCA would give every resident the right to health care, because “Trump and the Republicans don’t get to pick the health care winners and losers.” But the UCLA Health Policy Research Center estimated that if the bill passed, it would triple the size of California’s state budget.

The California Assembly revived the nurses’ single-payer healthcare initiative with two days of hearings on October 23 and 24. But Assembly Speaker Anthony Rendon (D-Lakewood) has consistently said the plan is “woefully incomplete” and needs more study.