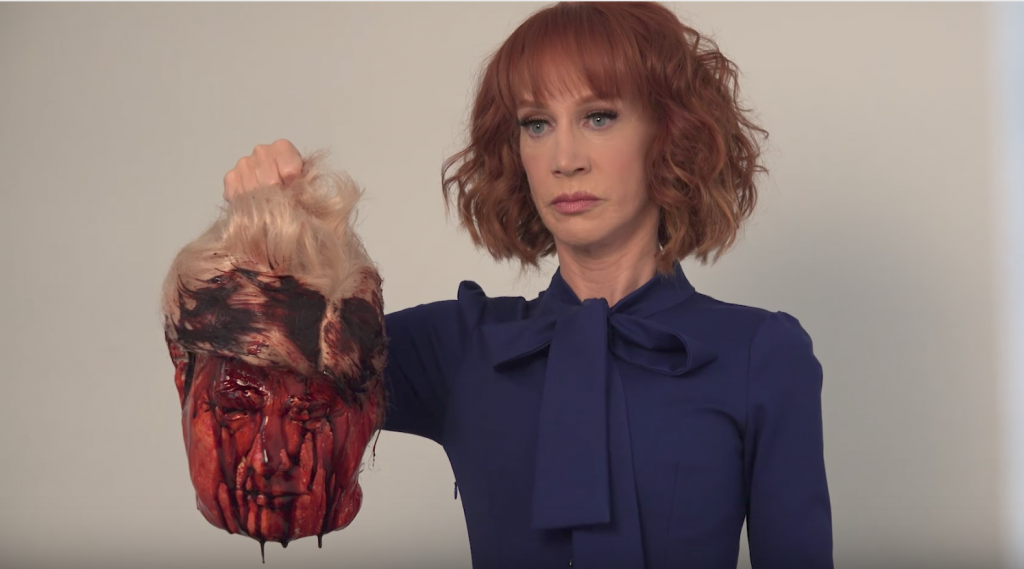 Comedian Kathy Griffin cut ties with high-profile lawyer Lisa Bloom and asked for a refund after suggesting she failed to navigate backlash to her mock decapitation of President Trump.

“If you’d like to refund me the tens of thousands of $$ I wasted on your services maybe I’ll talk to you,” Griffin wrote in a public admonishment of the lawyer who rushed to her defense after the controversial photoshoot.

Teary-eyed Griffin blamed the President and his family for trying to ruin her career during a much-improvised June press conference, where she stood alongside Bloom.

Bloom suggested Griffin has only herself to blame because she went off-script during the briefing meant to defend her photoshoot with faked severed head bearing Trump’s likeness.

“She said on camera ‘my notes are by the wayside and it’s all off the cuff’ and then ad libbed,” Bloom said in a rebuke later on Sunday. “I was sorry she made that choice but I respected her to right to speak as she saw fit.

“She was, as she says, then widely panned for her comments. Now she blames me,” Bloom added.

The fallout between Bloom and Griffin fired up last week after the pajama-clad comic promised to blow the lid on “fake feminism” from her Australia hotel room. She said her two-day legal stint with Bloom over the Trump head scandal “didn’t go well.”

“Yes, I got Bloomed. Yes, I didn’t have a good experience with her. Yes, I feel that she and her husband exacerbated my personal situation,” Griffin said, pointing to “that horrible press conference” as the catalyst of her strife.

My statement re Kathy Griffin. pic.twitter.com/Xhvwiz1pcx

“That was a disaster,” Griffin said in the Oct. 18 video to Facebook.

Griffin later told the Daily Beast that she paid Bloom at least $40,000 for those two days.

In that interview, Griffin said Bloom played the “feminist card” after scolding the 56-year-old actress for refusing to stand by her after the bungled presser.

Bloom lost face after briefly advising Hollywood producer Harvey Weinstein in his burgeoning sex scandal. She quickly dropped him as a client.