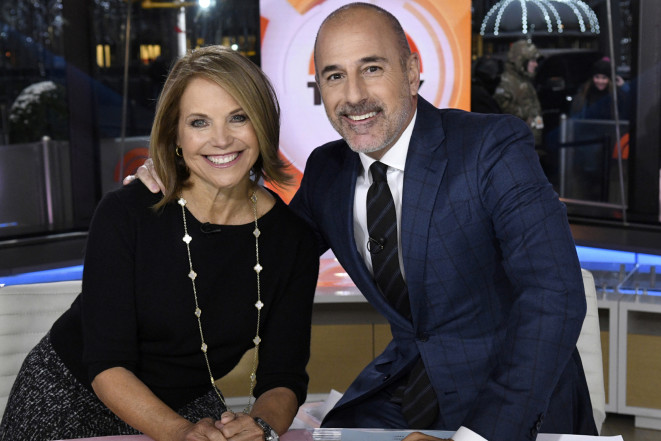 In 2012, journalist Katie Couric said in an interview that Matt Lauer’s most annoying habit is that he pinches her butt quite often.

Couric  cohosted the “Today” show with Matt Lauer for over a decade.

“What is Matt’s most annoying habit?” Andy Cohen asked Couric in a 2012 interview on his show “Watch What Happens Live.”

“He pinches me on the ass a lot,” Couric responded immediately.

During the interview, Cohen and Couric also played a game of “shag, marry, and kill.” Couric said if she had to choose, she would “shag” former “Today” cohost Bryant Gumbel, would “marry” Lauer, and would “kill” Dan Rather.

At the time her comments seemed like a light-hearted joke, but they seem more ominous now that Lauer has been fired by NBC for alleged sexual misconduct. According to Page Six, Lauer may have sexually assaulted an associate while at the Sochi Winter Olympics in 2013.