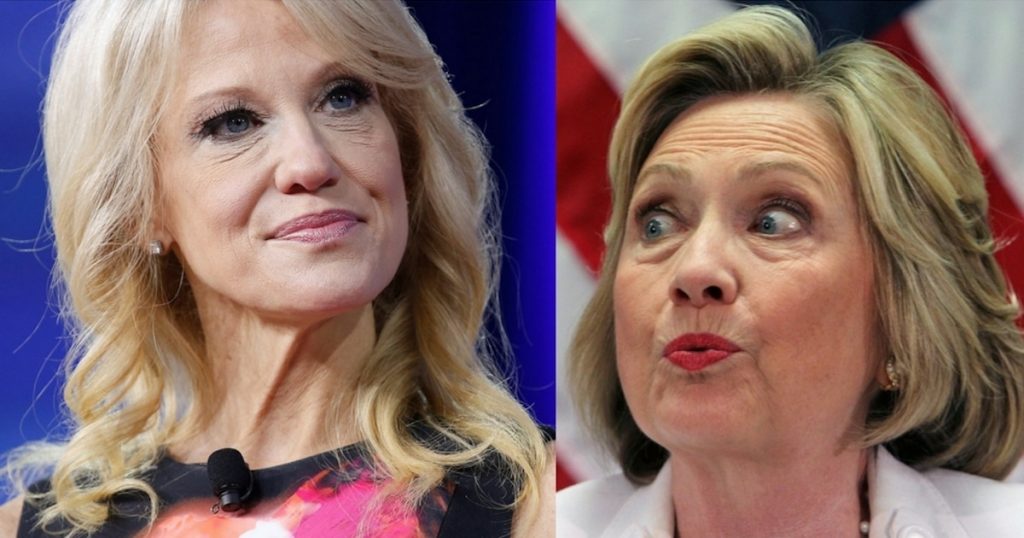 White House Counsel Kellyanne Conway was quick to let Hillary Clinton know what she thought of her tardy reaction to last week’s New York Times bombshell report on Harvey Weinstein’s history of sexual assault settlements. On Twitter, Conway criticized Clinton’s delay, but she had a larger issue with the 2016 Democratic presidential candidate’s 38-word statement. Why, she wondered, was Clinton quicker to condemn the NRA for stoking the Las Vegas massacre (despite no evidence), than she was to express outrage over the Weinstein sexual assault scandal, for which there are now multiple witness accounts.

Conway expanded on Clinton’s apparent hypocrisy Wednesday on Fox News. Instead of speaking on behalf of women’s rights this year, Clinton has been on a book tour “talking about herself,” Conway fumed. Furthermore, the Democrat still has “the dirty money that dirty Harvey has given her,” referring to the fundraisers the Hollywood producer held in her honor.

Democrats also weighed in on Clinton’s five-day silence, including one of Clinton’s former campaign staffers, Patti Solis Doyle. Doyle knows Clinton’s heart is in the right place in terms of her pro-women agenda, but she was disappointed her former boss had yet to use her platform to speak out on Weinstein.

Clinton’s defenders have pointed out that she has a history of promoting women and girls, often referencing her speech before the United Nations Fourth World Conference on Women in Beijing in 1995.

“Women’s right are human rights,” she said at the time.

Conway suggested it is now all empty rhetoric.

To prove she has the right goal in mind, Conway said Clinton can feel free to call her at the White House so they can work together to combat sexual assault. The former first lady “knows the number.”