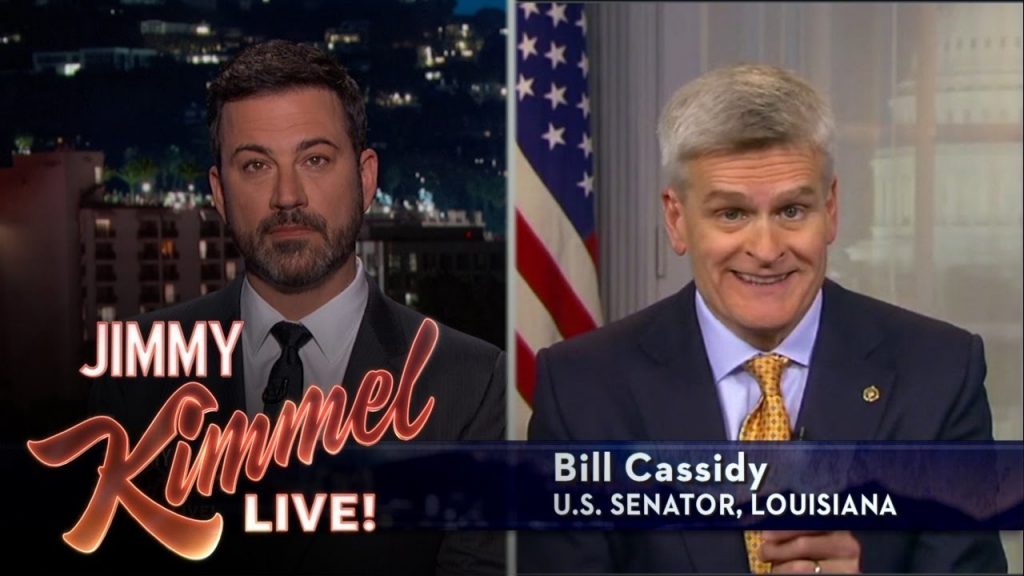 On Tuesday evening, ABC’s Jimmy Kimmel spoke from the heart once again about Obamacare. Citing his baby son’s experience with open heart surgery at Children’s Hospital Los Angeles (CHLA), Kimmel tore into Senator Bill Cassidy (R-LA), who appeared on Kimmel’s show months ago and vowed not to flunk the “Jimmy Kimmel test.” What was the Kimmel test? According to Cassidy: “Would the child born with a congenital heart disease be able to get everything she or he would need in that first year of life…even if they go over a certain amount?”

Cassidy insists that the new bill he’s pushing with Senator Lindsey Graham (R-SC) doesn’t violate that test – he’s saying that the bill mandates that states certify that they provide “adequate and affordable care” in order to waive certain essential health benefits mandated by Obamacare. But the test itself was fatally flawed from the first: it assumes that the government is the best venue for addressing these concerns. It isn’t. Medicaid coverage, which expanded dramatically under Obamacare, does not guarantee that a baby will get everything the baby needs in the first year of life – supplemental charity at hospitals like Children’s Hospital of Los Angeles, where Kimmel’s son received his surgery, does. In fact, many patients at CHLA are illegal immigrants, who aren’t covered by Medicaid at all. The big question isn’t government-sponsored coverage, but bringing down the prices of health care and health insurance through competition.

That’s Cassidy’s mistake for buying into the Leftist model of health care provision.

But Kimmel didn’t stop there. Instead, he invoked his son’s health situation to suggest socialized medicine as a solution. He explained:

But Kimmel’s is absurd on every level.

It’s absurd on a logical level: having a child with a heart condition doesn’t make you an expert on health care anymore than it makes you an expert on heart surgery. I should know – as I’ve said before (and only in response to Kimmel’s invocation of his own son), my daughter received open heart surgery at a year-and-a-half old at CHLA, at the hands of the same magnificent doctor Kimmel used. So by this logic, my opinion should be treated with precisely the same kind of moral weight Kimmel’s is. But I don’t think that the fact that my daughter had her heart fixed at CHLA is what grants me credibility to talk about health care. Reading health care law does. Studying health insurance schemes does. Speaking with my wife, who works inside that health care system as a doctor (including at CHLA from time to time) and thus knows the system from the inside, does.

Kimmel’s invocation of his son is also absurd on a moral level: Kimmel’s son didn’t lack health care. Neither would anyone else who needed surgery at CHLA. That’s because CHLA is a charity hospital with an endowment of hundreds of millions of dollars. Emergency heart surgery is not denied to babies based on ability to pay. The cost may just be extraordinary on the other end. Dr. Vaughn Starnes, the doctor who operated on both our children, isn’t in the business of denying dying babies surgery because their parents lack coverage. That would be true whether the parents picked up the check or the hospital did or the state did. Cost allocation is not the same thing as treatment availability.

But emotional appeals do big business in politics. So Kimmel has been granted outsized authority on an issue upon which he admits he has little expertise. That’s foolish of the media, foolish of the American people, and foolish of Kimmel.