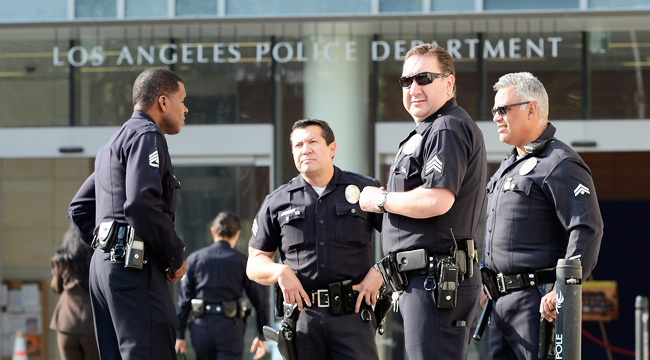 The cases “involve individuals who are known publicly as well as others who have not yet been identified.”

LAPD officials said the cases “involve individuals who are known publicly as well as others who have not yet been identified,” NBC News reports, and the potential crimes range from “misdemeanor sexual battery to felony rape.”

While the LAPD refused to name who is under scrutiny, they did say that the two dozen or so complaints don’t necessarily involve two dozen aggressors. Some of the claims, they say, are directed at the same individuals. Those individuals likely include both Harvey Weinstein, who is also reportedly facing similar investigations in both New York and London, director James Toback, and A-list actor Kevin Spacey.

The pileup, the LAPD told NBC, has gotten so significant that they’ve created a task force to handle the sexual harassment and sexual abuse claims. In cases where incidents happened in other states, the LAPD says they’re taking “courtesy reports” and then forwarding those to the proper locations. They’re also counseling potential victims on whether what they endured is still punishable by law. In may cases, the statute of limitations has run, but civil claims may still be possible.

Weinstein is facing approximately 80 allegations of sexual abuse, sexual harassment, and rape. Toback faces more than 200 claims of sexual harassment. Spacey is facing around a dozen allegations, with new accounts surfacing nearly every day. Jeremy Piven, Brett Ratner, Dustin Hoffmann, and Steven Seagal also have what authorities have previously referred to as “credible” claim against them.

All of the aforementioned Hollywood heavy hitters have denied the claims. In Weinstein’s case, he says many of the encounters were consensual.

Weinstein and Spacey are also facing investigations in other jurisdictions. According to the NYPD, at least one rape claim against Weinstein is considered “credible,” and authorities are collecting evidence and reportedly looking to convene a grand jury as early as this week. Spacey is facing an investigation in Massachusetts stemming from an incident that occurred several years ago in Nantucket.