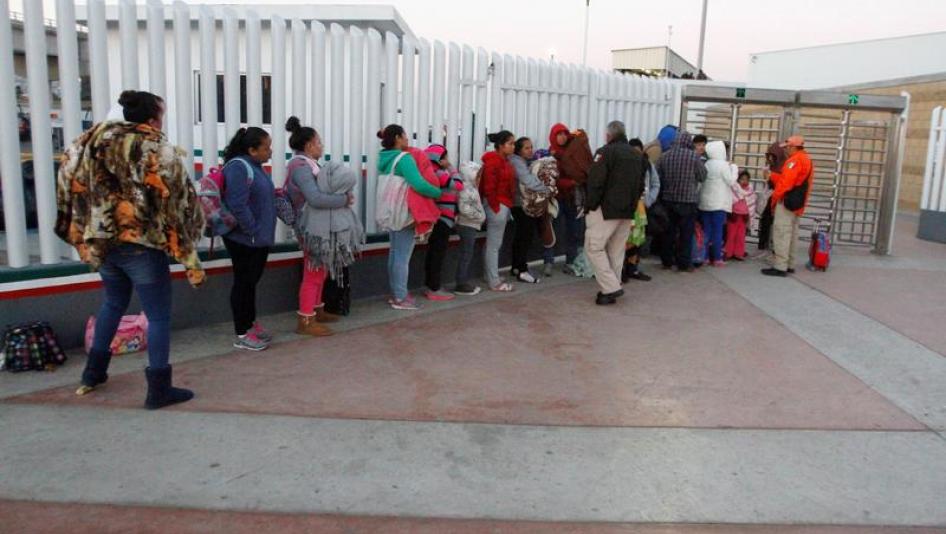 SAN DIEGO (AP) — Immigrant advocacy groups sued the U.S. government Tuesday, alleging that people fleeing persecution are frequently turned away at border crossings with Mexico when they seek asylum or express fear of returning to their homeland.

Reports of people being denied an opportunity to seek asylum have grown, but the lawsuit filed in federal court in Los Angeles pushes the issue into a courtroom and could have far-reaching consequences if a judge grants class-action status.

The American Immigration Council and others say Customs and Border Protection has blocked access to the asylum process for hundreds of people at border crossings in California, Arizona and Texas since last year, violating federal law and international treaty obligations. They say U.S. authorities have threatened to take away children from parents who pursue asylum claims and given incorrect explanations, including that the U.S. no longer accepts asylum seekers from Mexico and Central America or mothers with children.

Anyone who expresses fear of returning home at U.S. border crossings is referred to an immigration judge after clearing an initial screening with an asylum officer. The lawsuit says border inspectors “consistently and systematically” denied that access starting last summer and that the practice continues despite complaints filed in January with the Department of Homeland Security’s internal watchdog and civil rights and civil liberties office.

“The overwhelming amount of evidence that we’ve seen — and it continues to come — really persuaded us that we had to do something more,” said Melissa Crow, the American Immigration Council’s legal director.

The lawsuit provides accounts of three Mexicans and three Hondurans, identified by pseudonym, who were allegedly turned away. Five are women affected by drug and gang violence who are living in the Mexican border city of Tijuana, across from San Diego.