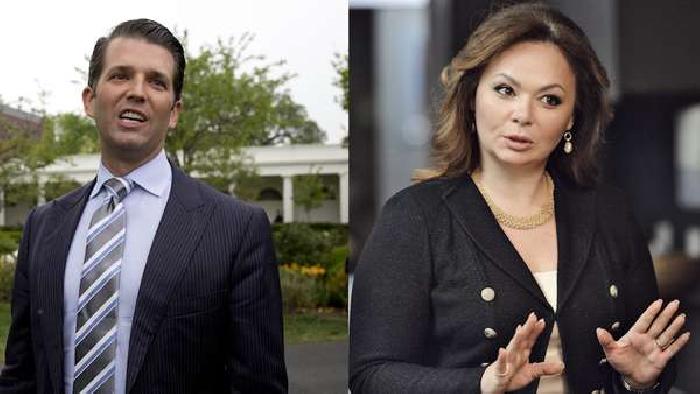 It hasn’t been more than a few hours and already key details of Donald Trump Jr.’s meeting with Senate investigators have already leaked. According to the New York Times, Trump Jr. took the ‘Russia meeting’ to gauge Hillary Clinton’s ‘fitness’ for office.

A copy of Mr. Trump’s statement was obtained by The New York Times.

The acknowledgment by the president’s eldest son that he intended to seek legal counsel after the meeting suggests that he knew, or at least suspected, that accepting potentially damaging information about a rival campaign from a foreign country raised thorny legal issues.

“To the extent they had information concerning the fitness, character or qualifications of a presidential candidate, I believed that I should at least hear them out,” he said. “Depending on what, if any, information they had, I could then consult with counsel to make an informed decision as to whether to give it further consideration.”

Mr. Trump sat down with committee investigators in the Capitol shortly before 9:30 a.m. and was expected to remain under questioning for several hours. The interview was being conducted by staff, but a handful of Democratic senators attended.

Mr. Trump entered the Capitol under cover and did not speak with reporters.

Grand jury subpoenas have been issued in connection with the June 2016 meeting between Donald Trump Jr., a Russian lawyer and others, two sources familiar with the matter told Reuters on Thursday.

The sources also said special counsel Robert Mueller had convened a grand jury in Washington to investigate allegations of Russia’s interference in the 2016 elections.

As TGP previously reported, The New York Times published another hit piece on the Trump Campaign and a meeting with Russia.

The New York Times got another anonymous tip from officials that revealed Trump insiders met with a Russian lawyer to discuss adoptions from Russia.

The group that organized the meeting with Trump advisers and the Russian lawyers was the same Democratic group Fusion GPS that was behind the discredited Trump dossier. 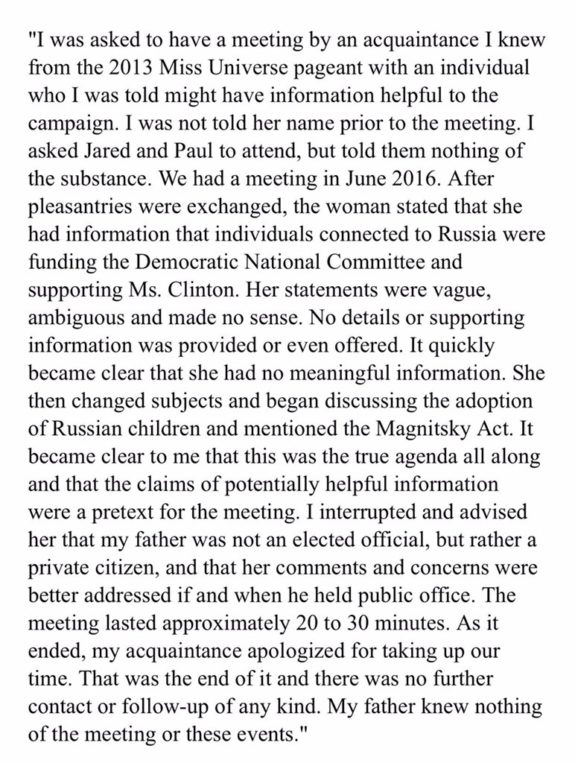 TGP also previously reported that the lawyer who met with the Trump team was denied a U.S. visa to enter, however; she received special permission to enter the United States after filing an affidavit in a Federal case in New York.