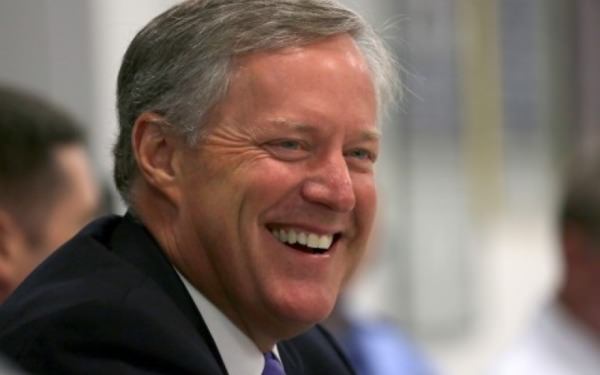 An outline of the Freedom Caucus’ new tax plan has been leaked to Axios reporter Johnathan Swan. The roughly “35 ultra-conservative House Republicans,” are set to roll out a tax plan that would cut the corporate tax rate from 35% to 16%.

The House Freedom Caucus — a group of around 35 ultra-conservative House Republicans who can block their party’s leadership on key legislation — is in the final stages of drafting its own tax plan, according to sources familiar with the process.

Freedom Caucus chairman Mark Meadows is expected to unveil his group’s tax reform plan in the near future.

But sources familiar with the arrangements have leaked key details in the current draft of the Freedom Caucus plan. (These details haven’t yet been formally discussed within the group and therefore aren’t set in stone):

Doubles the standard deduction for individuals.

Steve Bannon met with Freedom Caucus chairman Mark Meadows on Monday afternoon at the “Breitbart Embassy” — the Capitol Hill townhouse so-named because those who work at the right-wing website like to think of themselves as the ambassadors for “real America” in Washington, D.C.

Joining Bannon and Meadows at the dining table on the second floor of the townhouse was Breitbart’s Washington editor Matt Boyle. The three men plotted for nearly two hours on the agenda for the month ahead, with an emphasis on the Breitbart-Freedom Caucus war against Republican leadership on multiple fronts.
They discussed the Freedom Caucus’s plans for taking on GOP leadership over the debt ceiling, tax reform, health care payments, the budget and the government funding bill.

Expect them to demand payments for the wall and to combat leadership’s plans to attach Hurricane Harvey aid to the debt ceiling increase.