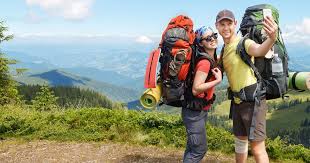 Do you love the great outdoors? Do you find nature comfortable and relaxing? Well, if you do, it’s probably because you’re white, according to a student at Claremont Colleges in California.

That’s right. In a recent op-ed in a student-ran newspaper, student Malcolm McCann claimed that non-white people are excluded from the outdoors because of white supremacy.

“Due to the predominance of whiteness in the outdoors, people of color have been denied access to the outdoors,” the op-ed says.

Wait, are you serious?

Yes. McCann seems to take issue with outdoor programs at Claremont, which is a conglomerate of five colleges known as the “5Cs.” Those programs, McCann argued, are the most funded on campus, yet are saturated with white supremacy. McCann admitted the clubs are open for all people, no matter the color of someone’s skin, but not everyone feels safe to attend.

“This discomfort is unfortunately caused by existing racial boundaries,” he claimed

The writer added: “Historically, white people in imperialist conquests have appropriated land as their own. North America rightfully belongs to indigenous communities, yet it has been taken away from them by force. Consequently, a false sense of ownership of nature permeates white America.”

What else does McCann claim?

McCann then goes on to take issue with the “image of modern outdoor enthusiasts,” which he claimed is of white men.

“The image of the ‘outdoorsy individual’ is an exclusive classification that gives white people the authority to venture into the outdoors freely, leaving people of color behind,” McCann wrote.

But there aren’t just “racial barriers” that prevent non-white people from stepping outside, McCann said, but also financial barriers. Only people with “economic privilege” can participate in outdoors activities and understand “obscure outdoor lingo.”

What are the solutions to the problem?

According to McCann, solutions include:

Affirming that nature belongs to all humans, not just white ones

“Friendship can act as a portal to the wilderness for those who have historically been denied the privilege of comfort,” McCann concluded.