London’s Mayor, Sadiq Khan is under fire for the growing crime rate in his city. How can the murder rate be higher than in New York?

London temporarily overtook New York in the number of murders in early 2018. In February, London’s police investigated 15 murders while New York saw 11 homicides. In March, the Metropolitan Police murder numbers increased further to 22, while the NYPD’s jumped to 21. New York has since recorded more murders.

Remember those “Beatles,” ISIS suspects? Well, Britain’s Home Office has suspended cooperation with the United States in extraditing them mostly due to the death penalty. 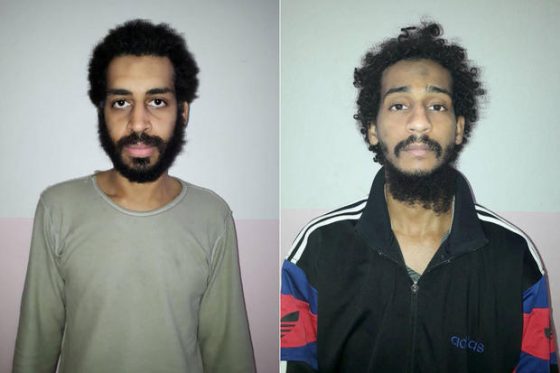 Dozens of convicted terrorists are about to be released.

BRITAIN is bracing itself, with 80 terrorists expected to be free to walk the streets by Christmas — and that’s not all the bad news.

AS MANY as 80 convicted terrorists will be free to roam British streets by the end of the year, including an Islamist preacher who urged people to join the Islamic State.

The extraordinary situation has arisen because about 40 per cent of the sentences for terrorism issued between 2007 and 2016 will have ended by Christmas — meaning police are powerless to stop them walking free.

Police and the government have admitted more resources will have to be pumped into keeping a close eye on the terrorists, at a time when resources are already stretched coping with a crime wave that has seen 80 killings in London so far this year.