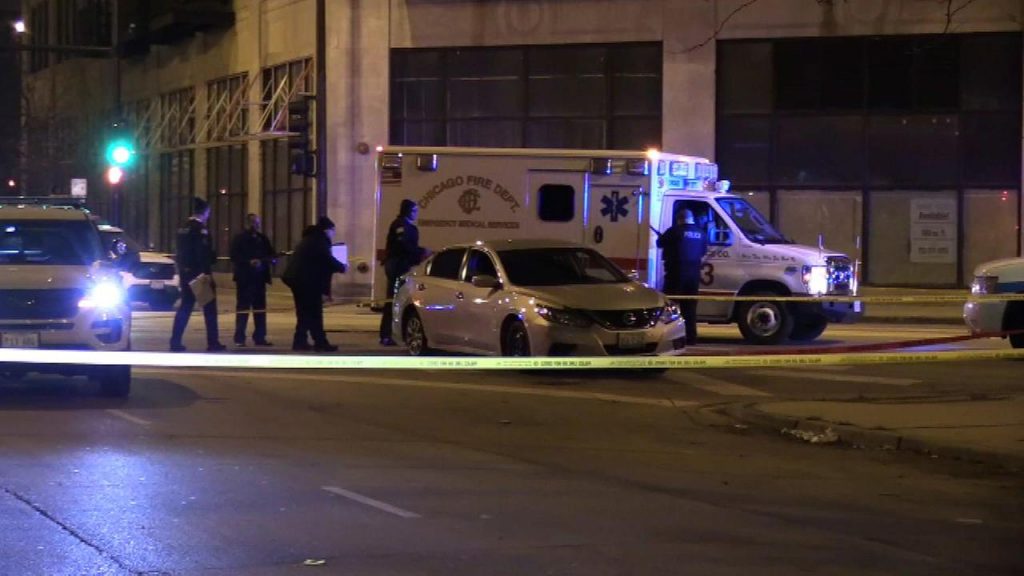 CHICAGO (CBS) — A man killed Tuesday — marking the city’s 600th homicide this year — was among five people shot in a 7-hour span of gun violence on the South and West sides.

Three men were shot, one of them fatally, when someone opened fire from a light-colored vehicle shortly after 4 p.m. in the 500 block of South Lockwood in the West Side Austin neighborhood. A 25-year-old man was was shot multiple times in the head and pronounced dead at the scene less than an hour later, Chicago Police and the Cook County medical examiner’s office said. His name has not been released, pending notification of his family. A 32-year-old man was shot in the groin and buttocks, and a 28-year-old man suffered a graze wound to the head. Both of their conditions were stabilized at Stroger Hospital.

The fatality marked Chicago’s 600th homicide of 2017, including shootings, assaults and other types of incidents, according to data maintained by the Chicago Sun-Times. The city ended last year with 781 homicides and hit the 600 mark on Oct. 17, 2016.

At the end of October, the city saw 2,445 shootings in total for 2017, down from 3,000 through the same date last year, according to Chicago Police Department statistics. There were 228 shooting incidents last month, compared to 353 shootings in the October 2016, a decline of 34 percent.

Tuesday’s latest shooting left a 26-year-old man wounded at 11:18 p.m. in the Chatham neighborhood on the South Side. He was sitting on the passenger side of a vehicle in the 8700 block of South Cottage Grove when someone walked up and fired shots, striking him in the face, police said. The man was taken to Stroger Hospital, where his condition was stabilized.

At 6:38 p.m., a 28-year-old man was critically wounded in a Gage Park neighborhood drive-by shooting on the Southwest Side. He was shot multiple times when someone opened fire from a passing vehicle in the 3100 block of West 53rd Street, police said. The man was taken to Mount Sinai Hospital, where he was listed in critical condition.

On Monday, two men were killed and six other people were wounded in shootings across Chicago.