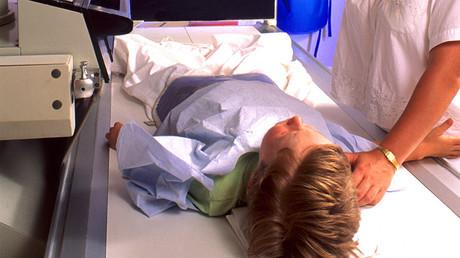 Germany has seen a massive increase in the number of women and girls affected by female genital mutilation (FGM), as a result of mass migration from Africa and the Middle East.

“Due to the influx of migrants from countries such as Eritrea , Somalia and Iraq , we are seeing an enormous increase in the number of women and vulnerable girls affected,” said Terre-des-Femmes employee Charlotte Weil, reports Spiegel Online.

“It is therefore all the more important to raise awareness on this issue in Germany, and to engage with communities in which FGM is practiced so as to protect vulnerable young girls,” she added.

Also known as female circumcision, FGM is a common procedure in parts of Africa and the Middle East, and can cause a number of health problems such as severe bleeding and pain during urination, cysts and infections, as well as complications in childbirth and increased risk of newborn deaths.

According to Weil, migrants hailing from Senegal and the Gambia are often open to NGO and authorities’ education on the issue, while Somali immigrants and those from Guinea are far less willing to talk about the tradition.

Stating that there has been a sharp rise in the number of reports of FGM from concerned social workers, teachers and doctors, Weil urged staff at schools to be on guard and pass information on if they hear pupils talking about upcoming holidays in their homelands, at which there are plans for a “big feast.”

Germany has taken measures to stop parents from taking their children to another country for the procedure beyond making it illegal for them to do so.

In December last year, the nation handed authorities the power to take passports from people it suspects of taking girls out of the country for so-called “holiday cuts”.