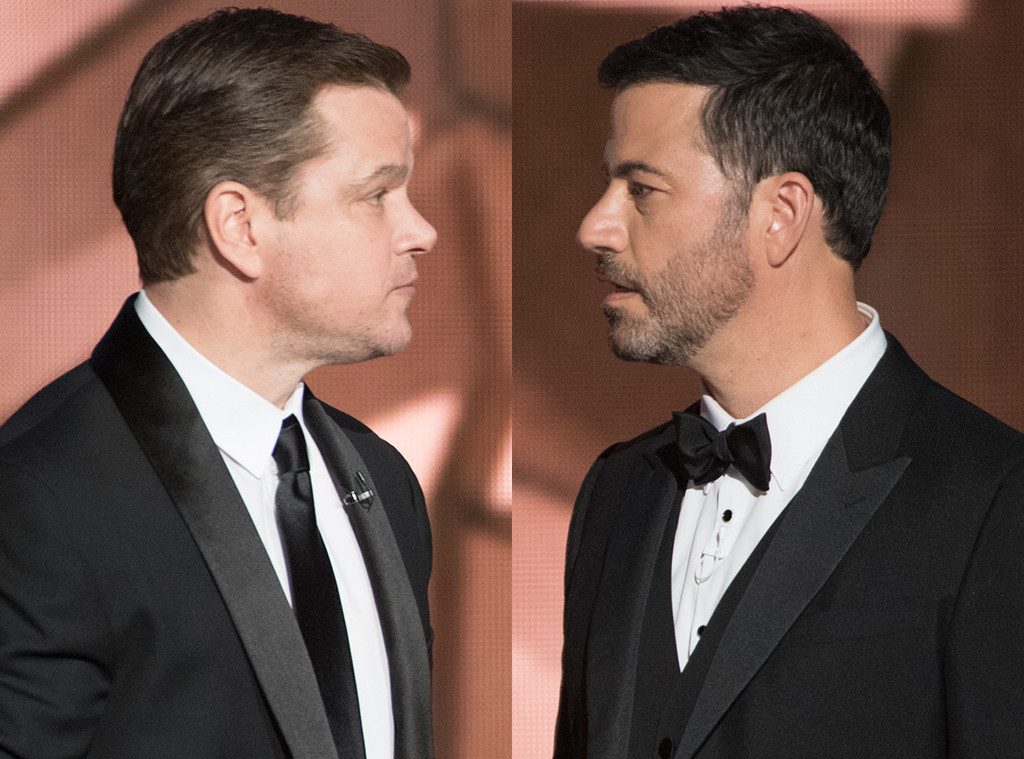 Actor Matt Damon crashed the set of “Jimmy Kimmel Live!” on Tuesday night, but there was no talk of the sexual harassment allegations raised against Harvey Weinstein.

It is an ongoing joke on Jimmy Kimmel’s show that he consistently runs out of time to have Matt Damon on as a guest. On Tuesday night, Damon crashed an interview with Chris Hemsworth so that he could finally be “on the show.”

During the appearance, which lasted several minutes, Kimmel jokingly tried to get Damon off of the show and out of camera shots. Damon’s connections to Weinstein, who he worked with on several movies, were not brought up.

Damon is accused of running interference on a 2004 New York Times story that would have accused Hollywood producer Harvey Weinstein of sexual harassment. The story focused on the head of Miramax Italy at the time, Fabrizio Lombardo, who apparently helped set Weinstein up with sexual “favors.” Damon admits he called the reporter who wrote the story to speak well of Lombardo, but claims he did not know the sinister undertones of Lombardo’s relationship with Weinstein.

“I did five or six movies with Harvey. I never saw this. I think a lot of actors have come out and said, everybody’s saying we all knew. That’s not true,” Damon said.