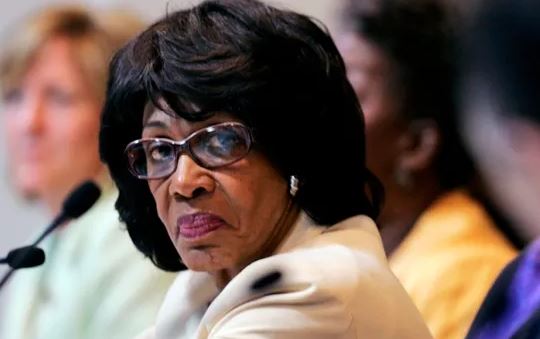 Maxine Waters (D-CA) was just one of a handful of Democrats who responded to President Trump’s State of the Union address.

During her remarks, she asked for an ‘explicit content’ warning to come on the screen when Trump appears.

The democrats put together some of the worst responses ever to President Trump’s State of the Union address. The official rebuttal was from Rep. Joe Kennedy III, who greased his face up and stood in front of a wrecked car while ranting like a lunatic. Seriously, the grandnephew of Ted Kennedy was doing this in front of a car crash, which is some mighty strange symbolism.