Big League Politics has busted A “Republican” Congressman from Virginia using an anonymous Facebook account to troll and curse at constituents who speak ill of him on the social media platform.

“Bullsh-t,” replied “Scott William,” which is reportedly just one of Taylor’s anonymous Facebook accounts, when Facebook user John Steyer criticized Taylor for being a globalist. 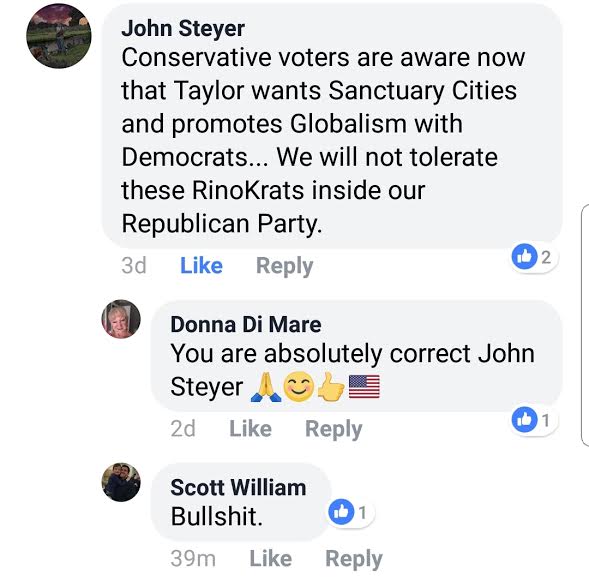 But Steyer’s statements were right on target. Indeed, Taylor is a known globalist.