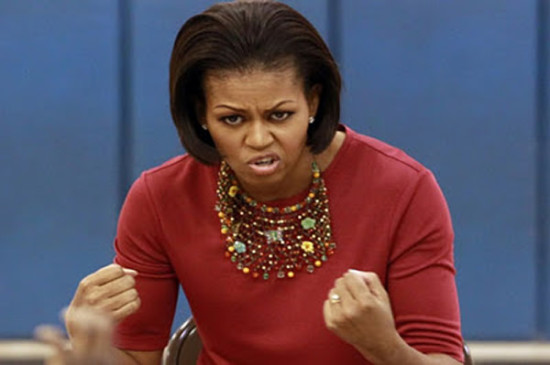 Michelle Obama, like every other leftist believes women are only worthy if they vote for more abortion, open borders and higher taxes. Obama said, “Any woman who voted against Hillary Clinton voted against their own voice.”

The former First Lady also attacked men and encouraged women to ‘find and use their voice‘.

“How many of us have sat in a classroom somewhere and watched a man go on and on and on?” Obama asked.

Vid of Michelle Obama on finding your voice, Hillary Clinton, and women who voted for Trump #INBOUND17 pic.twitter.com/GBnzbAufxo

Hillary Clinton attacked white women in a Saturday morning interview with MSNBC’s JoyAnn Reid as she continued to blame sexism and misogyny for her crushing election loss.

Hillary was wringing her hands over the fact that the majority of white women voted for Trump even though he said disrespectful things about females in the Billy Bush tape.

“When I see women, and look, it’s predominantly white women, let’s just be clear about that. I won women, I lost white women although I got more white women’s votes than president Obama did in 2012 so this is an ongoing challenge,” Hillary said.

“But when I see women doing that, I think why are they publicly disrespecting themselves?”, Hillary continued.
When will these liberal women learn that their hardcore left-wing opinions don’t align with a lot women? Women can think for themselves and many women said NO to destructive leftist policies in 2016.