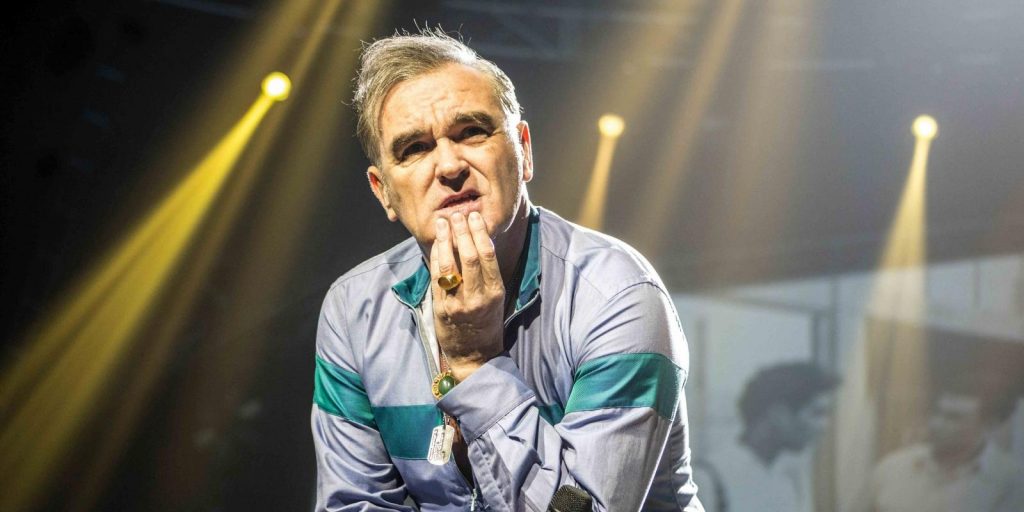 Sure, we’d all be better off if Morrissey just shut up, but he does say something stupid nearly every week, so we in the news business are OK with him flapping his gums.

In case you are younger than 30, Steven Patrick Morrissey is a singer from the 1980s who had a few hits with The Smiths (including that interminable song “How Soon Is Now”). Wikipedia says he had a comeback from 2004 to 2010, but we must’ve slept through it. He was once nominated for a Grammy — in 1993.

But Morrissey is making up for his lack of fame by weighing in on issues — and the European press is always ready to quote him. Like earlier this month when he told a German magazine that Hollywood bigwigs facing sexual assault allegations, like Harvey Weinstein and Kevin Spacey, might just be victims of people who were “disappointed” after meeting or sleeping with them.

On Sunday, he doubled down, telling The Sunday Times,”You must be careful as far as ‘sexual harassment’ is concerned, because often it can be just a pathetic attempt at courtship. I’m sure it’s horrific, but we have to keep everything in proportion. Do you not agree? I have never been sexually harassed, I might add.”

But the British singer also said in his interview with Der Spiegel that he would kill President Trump “for the safety of humanity,” if he could.

“If there was a button here and if you pressed on it,Trump would die . . . would you push it or not?” Der Spiegel asked Morrissey.

“I would, for the safety of humanity. It has nothing to do with my personal opinion of his face or his family, but in the interest of humanity I would push,” the singer said.

Good to know he wouldn’t kill the president of the United States just for his face. And luckily for us, Morrissey mused on about America’s president.

“Trump has received so much attention, especially when compared to other candidates — Bernie Sanders, for example. Although the media said he would not win, every day, all the headlines: Trump, Trump, Trump, Trump!” Morrissey said.

“I never expected him to be elected,” Morrissey continued. “Maybe, I have no faith in the political elite anymore.”

Trump, said Morrissey, “has exhausted the world.” Morrissey added, “He grabs after everything like a little child. He is not a leader. He is vermin.”

Well, we gotta’ say, that’s a perfect description of you, Steven Patrick Morrissey.