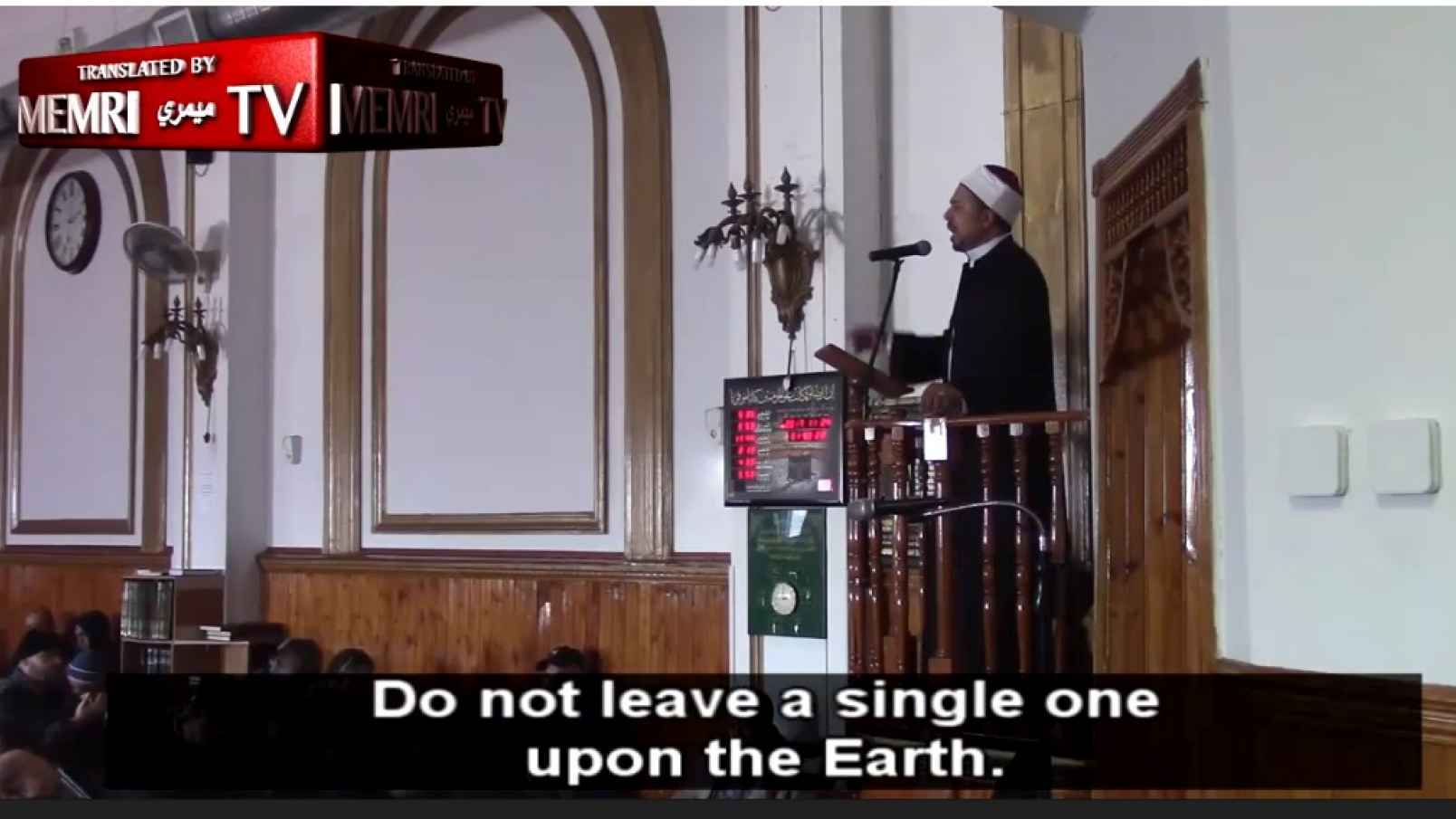 Shedeed has also served as a member of the New Jersey Homeland Security Interfaith Advisory Council.

Harvey Weinstein and Kevin Spacey went off to sex rehab after being accused of sexual assault. The Islamic Center of Jersey City is embracing that same philosophy by sending their Imam who called for killing the Jews for ‘rehab’.

Sheikh Aymen Elkasaby, imam of the Islamic Center of Jersey City, dedicated his Friday sermon on December 8 to U.S. President Trump’s recognition of Jerusalem as the capital of Israel.

You’ll never believe this, but the sheikh didn’t have good things to say about the Jews. Here’s some of his interfaith outreach, courtesy of Memri.

It’s anti-Zionism. That’s why he keeps talking about the Jews. Just ask JVP or If Not Now or any of the other human shields of Islamic anti-Semitism.

Shedeed has also served as a member of the New Jersey Homeland Security Interfaith Advisory Council.

“There is no separation of religion and state in Islam. Islam is justice, mercy, liberty, shura, jihad, and ideology. Islam is a message. Islam is an all-inclusive religion.

But the  Islamic Center of Jersey City is politically significant. Plenty of politicians have come there to solicit Islamic support. So the mosque had to do something. Not fire him, obviously. Because they agree with him.

But send him to the Islamic equivalent of sex rehab.