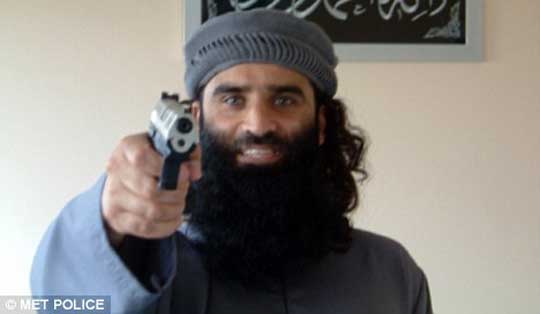 Shouted “Allah Akbar” as he attacked Christian school director with a blunt object.

Hassan Muwanguzi, director of the Hope of Glory International Nursery and Primary School in Uganda, was assaulted by a radical Muslim shouting “Allah Akbar” who had infiltrated the school disguised as a teacher earlier this month.

The Christian elementary school is located in the village of Kabuna, Budaka District in the African nation. It teaches a biblical worldview to its students, many whom are terrified to return following the assault perpetrated by former employee Mugooda Siraji known at the time as Simon Siraji, according to a Morning Star News report.

The school board told the press that Siraji was asked to take a leave of absence when it was revealed he had used a false name to get hired and was teaching the children about Islam and openly saying that Allah is the one true god. He returned a few days later on Saturday, November 4th where he attacked Muwanguzi with a blunt object while yelling, “Allah Akbar!”

Siraji fled once other teachers arrived to help and the school immediately alerted the local police of the assault.

Muwanguzi was questioned by the authorities and soon admitted to the hospital. He was released two days later, but is still in recovery from the injuries he sustained.

The police have opened an investigation into Siraji and are seeking to charge him for the assault.

Kakonge said that he believes the infiltration and assault was prompted by Muslim extremists living in the area who are trying to close down the Christian school.

“The Muslims have complained that the school every evening makes noise in praising, worshiping and praying,” he told Morning Star News. “We need prayers at this trying moment for quick recovery for our school director, and that this criminal act will be brought to book.”