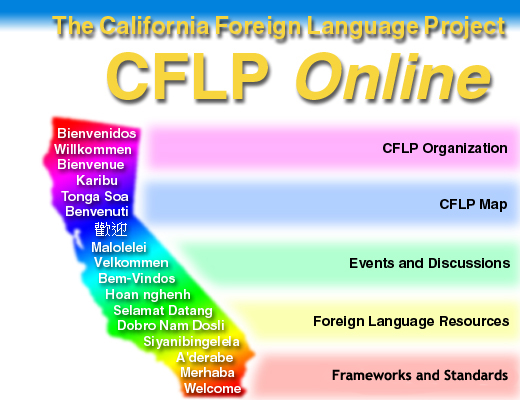 In a free wielding interview with reporters on Wednesday, Sen. Marco Rubio, R-Fla. suggested that to address our political and social ills we must learn from the successes and mistakes of the Roman Empire. One characteristic he thinks Rome did well, one we should presumably emulate, is that they were “able to include people” and “were very good at integrating people,” including “Britons, Spaniards, North Africans, Greeks, and Egyptians,” according to a transcript provided by a CNN producer. The irony of the end of the story and the fall of the empire seems to be lost on Rubio however, especially given his stance on borders and sovereignty.

New Census data demonstrates in stark terms that we are already the Roman Empire. According to the new data analyzed by the Center for Immigration Studies, a record 65.5 million residents spoke a language other than English at home. That is 21.6 percent of the population or more than 1 in five individuals. But given the recent trajectory of immigration, among the younger school-aged population that number is nearly one in four. It is simply astounding.

Salad bowl migration will not assimilate

Last week, we used CIS’s data on immigration trends to demonstrate that the trajectory of immigration is now unprecedented. This new data on use of foreign languages at home and English proficiency is unfathomable and illustrates why it is impossible to foster assimilation with such rapid increases in immigration, particularly from the Third World and in today’s culture of ‘molly coddling’ immigrants to not integrate.

While there is nothing inherently wrong with an immigrant speaking a foreign language at home, and this is bound to happen with any group of immigrants, the sheer number is an alarming indication of how assimilation is breaking down and how the numbers are just too great. This is born out of the fact that 26.1 million told the Census interviewers they speak English less than “very well.” Keep in mind, that is by their own subjective assessment, not necessarily reflective of reality. And as Terrance Jeffrey reported, in California, that number is as high as 18.6% of the entire state! In Texas, it is 14 percent and Florida 12 percent.

Furthermore, as Steven Camarota and Karen Zeigler, the authors of the report observe, 18.7 million of those who speak foreign languages at home are native-born adults! Which means we are not just talking about immigrants, or native-born children who speak English well but use another language to converse with their immigrant parents. This is a salad bowl dynamic where the velocity of immigration has been so intense for so long, with new waves from the same parts of the world reinforcing the old ones, that there is no assimilation. It’s also born out of a Migration Policy Institute report that claims 77 percent of the millions of school-age children enrolled in “limited English proficient” programs are native born.

This is not the sort of immigration through which we could fulfill George Washington’s hope that “by an intermixture with our people, they, or their descendants, get assimilated to our customs, measures, laws: in a word soon become one people.” When the numbers are that high, this is balkanization, and California, along with its politics, is a living testament to this principle.

Here is how Theodore Sedgewick, a congressman and senator of the founding era, explained the goal of immigration during the debate over the 1790 Naturalization Act:

“The citizens of America preferred this country, because it is to be preferred; the like principle he wished might be held by every man who came from Europe to reside here; but there was at least some grounds to fear the contrary; their sensations, impregnated with prejudices of education, acquired under monarchical and aristocratical Governments, may deprive them of that zest for pure republicanism, which is necessary in order to taste its beneficence with that gratitude which we feel on the occasion.”

Our founders always accepted immigrants and wanted “reputable and worthy characters,” who were “fit for the society into which they were blended,” in the words of Sedgewick. But what we have today is beyond anything they comprehended both in numbers and in origin. Our founders feared mass migration even from Europe, but as the data shows, the sharpest increase in immigration has come from parts of the world that are very much not steeped in any sense of constitutional values. Among the major languages spoken in this country (by at least 400,000 people), Arabic was the fastest growing language. As of 2016, 1.23 million people speak Arabic at home, a 42 percent increase since 2010 and a 102 percent increase since 2000, according to the report.

Lack of assimilation leads to decline in constitutional principles

Most importantly, our founders wanted immigration to be at a level that the people would immediately mesh with our political ideals as “republican Americans” who championed our constitutional values. In Notes on the State of Virginia, Thomas Jefferson warned against any migration in large numbers because they “will bring with them the principles of the governments they leave… with their language, they will transmit to their children. In proportion to their numbers, they will share with us the legislation.”

Is there any wonder the electoral map is always growing for the Left?

Yet, rather than immediately uniting behind the Raise Act and making English the official language, GOP leaders are passing a massive new low-skilled guest worker program of third-world workers and are emphatically promoting another amnesty.

After all, what could go wrong by following the example of California and the 1986 amnesty?

The only ancillary benefit is that if this trajectory continues or if amnesty is passed, Republicans won’t be around much longer to self-immolate.