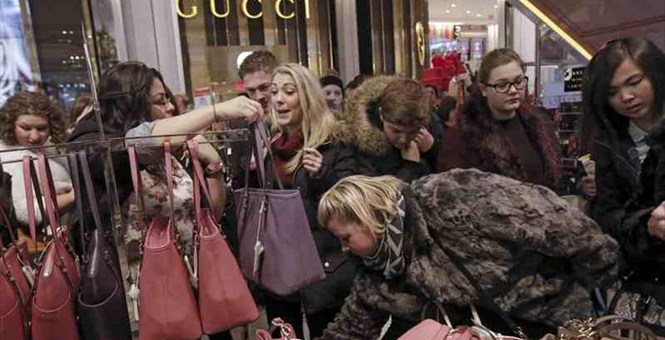 The day after America gives thanks for all of its blessings, people get in line and participate in the Black Friday frenzy. Nowadays, Black Friday deals don’t even wait to start on Friday. The madness begins before the Day of Thanks has ended.

Every year there are massive lines, fights over televisions and gaming systems, arrests, stampedes, and even some death as shoppers scramble to get the best deal.

This year, to perhaps lessen the mayhem that is to ensue, the Gloucester Township Police Department in New Jersey is going undercover to protect shoppers.

The police department released a statement of its own, saying, “Your search for the ultimate deal this Friday will be safe as Gloucester Township Police undercover officers will be waiting in lines with you as you purchase that special item. Our Officers will be throughout the community both in uniform and undercover to keep you safe this holiday season.”

Though New Jersey is one of the lowest states at risk of violence for Black Friday, the extra security will be worth it. People will certainly feel safer knowing that an officer is potentially nearby in case chaos erupts. However, it’s unfortunate that security must be considered in the first place. As for the states that have a greater risk for violence, one hopes their police departments will follow Gloucester Township PD’s lead to ensure shopper safety.