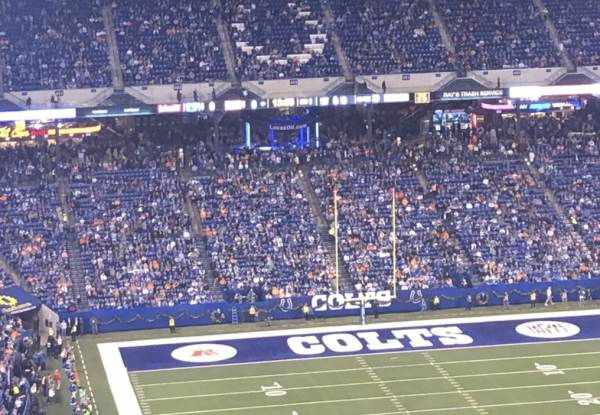 NFL stadium attendance continues to suffer as the backlash from players protesting the National Anthem extends into week 15. Twitter users are sharing photos of a half empty Lucas Oil Stadium as the Denver Broncos face off against the Indianapolis Colts.

Five minutes before kickoff, Denver Post reporter Nicki Jhabvala tweeted footage of a couple getting married in the end zone surrounded by hundreds of empty seats.

Well @aaronhodges & @FunnyCostaki I just witnessed a wedding before the Colts and Broncos game. The Colt’s mute mascot officiated. They were gifted a honeymoon trip to the SuperBowl by the colts. At least someone from this game is going. pic.twitter.com/8g33M4bk47