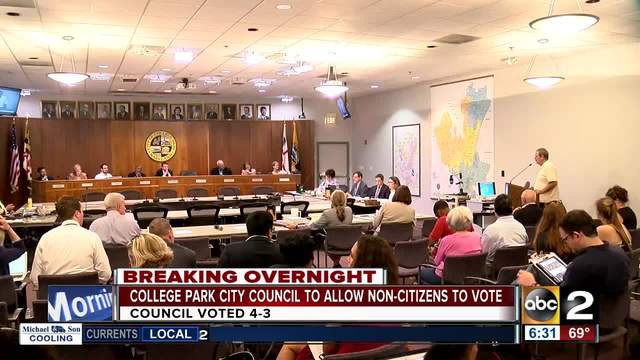 Globalists unite! The city of College Park voted to give non-citizens the right to vote.

Democrats are determined to make America a land without borders and boundaries.

The city council says it makes the community “more inclusive.”

The College Park City Council has voted in favor of a measure that would allow city residents who are not U.S. citizens to vote in local elections.

The council’s vote on this issue was supposed to happen back in August, but it was postponed due to threats made to council members over the proposal.

It was a very contentious debate inside College Park City Hall as almost two dozen people signed up to speak on the matter during Tuesday night’s meeting.

One man against the proposal came to the podium saying he was called a Nazi while waiting in line to voice his opinion.