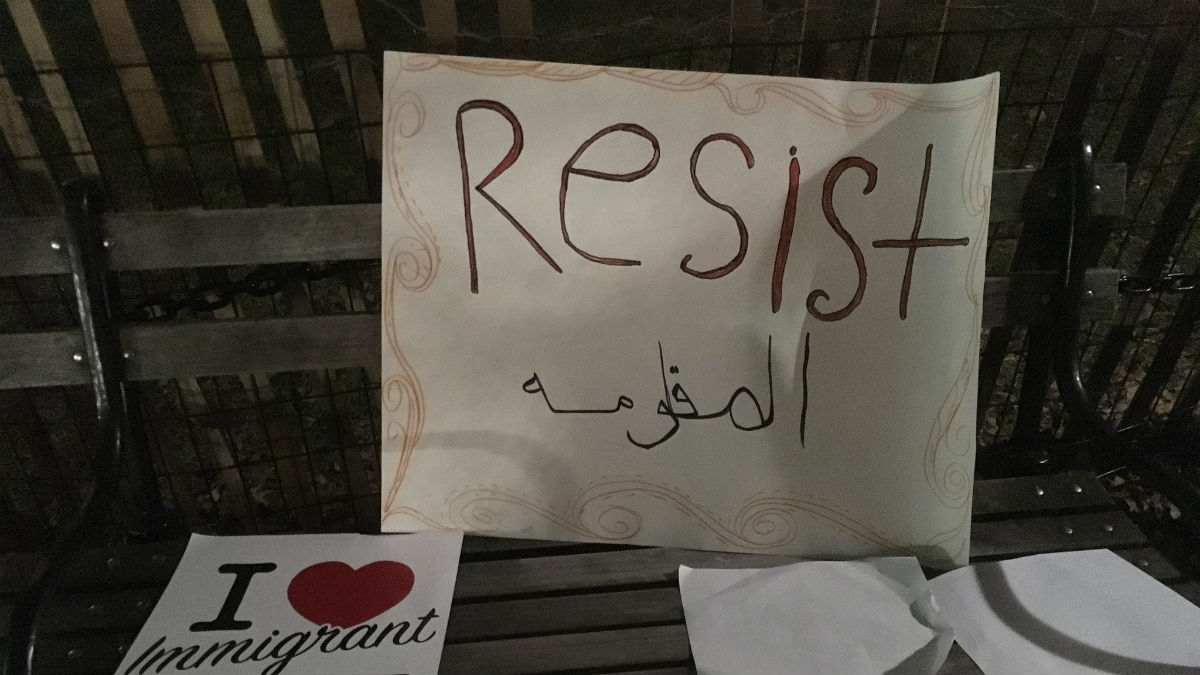 A coalition of leftist and fringe Islamic groups are coming together next month to protest President Trump’s so-called “Muslim Ban.”

President Trump is currently battling the judiciary to enact the immigration order, which has the stated purpose of stopping the unchecked flow of migrants and refugees from several terror-tied countries. The courts have thus far succeeded in delaying the moratorium, as the appeals process makes its way to the Supreme Court.

On October 10, the Supreme Court will take up the case. On the same day, the “No Muslim Ban Ever” rally will be held outside the Supreme Court building, and it’s hosted by the following entities, according to the event’s Facebook page:

CAIR was founded by members of the Muslim Brotherhood jihadist group with the purpose of raising funds and diplomatic ammunition for the Palestinian terrorist group Hamas. Moreover, its co-founder has publicly announced his support for Hamas. Several CAIR leaders have in the past been convicted of and jailed for supporting terrorist organizations. The group was listed by federal prosecutors as an unindicted co-conspirator in the largest terrorism financing trial in American history. Additionally, the United Arab Emirates has listed CAIR as a terrorist organization. CAIR now takes pains to represent itself as a civil rights organization.

NIAC is a non-profit group based in Washington, D.C. that claims to represent the Iranian-American community. However, many have accused its Swedish-Iranian leader and the organization as a whole of being a front for the interests of the Ayatollah’s regime in Tehran. This viewpoint is shared by much of the Iranian dissident community. NIAC worked with the Obama Administration to push through one of his signature agenda items in the Iran nuclear deal.

What started as a somewhat mainstream opposition group to protest the Trump administration has devolved into a domestic terrorist-supporting entity that pushes far-left causes. One of its core leaders is Linda Sarsour, a terrorist-apologist community organizer who frequently traffics in anti-Semitic conspiracy theories.

NYIC is a left-wing umbrella group that represents the interests of around 200 organizations. NYIC receives funding from George Soros’ Open Society Foundation and many other far-left outfits.

People Power (a project of the ACLU)

MPower Change is a “Muslim Grassroots Movement” works on promoting “social, spiritual, racial, and economic justice.” One of its three core leaders is the aforementioned Linda Sarsour, who this week exploited Hurricane Harvey to fundraise for Big Labor.

A progressive organization that has raised cash for far-left Democrats who seek higher office. MoveOn is funded in part by George Soros and other wealthy leftist mega donors.

The intersection of Leftism and Islamic radicalism

Far-left groups continue to find allies in fringe Islamic organizations in their continuing attempts to defeat the Trump administration’s policies. These outfits would almost certainly clash on issues like Sharia law and leftist domestic policies that would create friction with fundamentalist Islamic ideals. But for now, they have united for what they deem the greater good of bringing down the current administration.