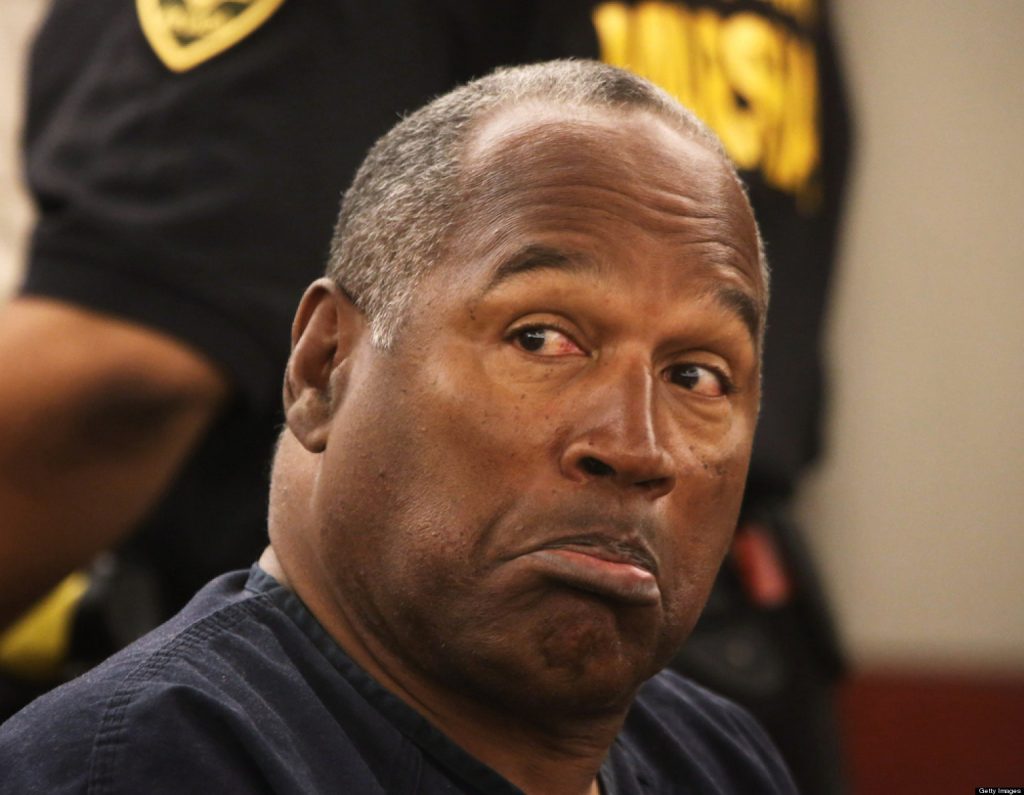 O.J. Simpson has understandably decided to indulge in some of the things he was deprived of, while in prison. One of those indulgences, is a good stiff drink. However, if Simpson doesn’t watch it those indulgences could land him right back in the slammer.

According to TMZ, Simpson got booted from the Clique Bar, at the Cosmopolitan Hotel in Vegas on Wednesday night. Simpson appeared drunk and disorderly, prior to his removal.

According to the report, “…at around midnight last night, Simpson was drunk and became disruptive at the Clique bar. We’re told Simpson was angry at hotel staff and glasses broke at the bar.”

This tweet shows Simpson walking through the Cosmopolitan on Wednesday night:

Never know who you are going to see in Vegas…. yep, OJ Simpson pic.twitter.com/ginaBY6zwk

Simpson, who had been a regular at Clique Bar, has been banned for life. Meaning, the man who became arguably the world’s most famous defendant, will have to find a new spot to do his 12-ounce curls.