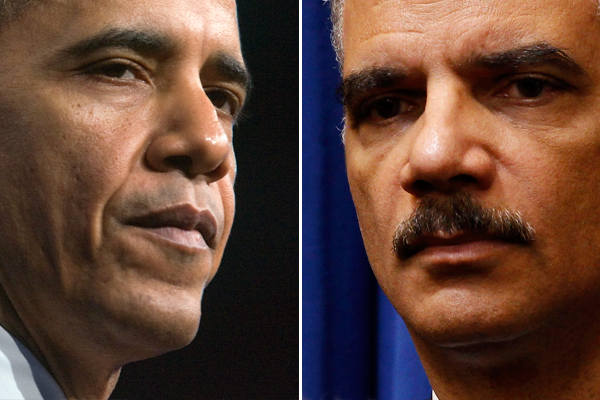 A group focused on redistricting linked to former President Barack Obama gave $500,000 to the Democratic Party of Virginia to support the gubernatorial campaign of Democratic candidate Ralph Northam, records show.

The National Democratic Redistricting Committee (NDRC), a Washington, D.C.-based organization founded in 2016 that is chaired by former Attorney General Eric Holder, is dedicated to “enacting a comprehensive, multi-cycle Democratic Party redistricting strategy over the next 5 years and beyond.” The group seeks to impact the 2021 redistricting process by utilizing electoral, legal, and ballot initiative components.

“Republican gerrymandered districts after the 2010 Census have put Democrats at a massive structural disadvantage,” the NDRC website states. “That’s why the most important turning point for the future of the Democratic Party will take place in 2021: when states redraw their Congressional and state legislative lines.”

The NDRC gave the donation to the Democratic Party of Virginia Coordinated Campaign on August 29 in support of Northam, campaign data from the Virginia Public Access Project shows. Northam is running for governor against Republican Ed Gillespie. Large contributions such as this are permissible in Virginia because the state does not have a limit on campaign giving.

This appears to be the first donation from the group, which plans on zeroing in on state elections that could impact redistricting.

The Democratic Governors Association (DGA) is Northam’s biggest donor to date, with $2,063,411 in contributions. Elisabeth Pearson, the executive director of the DGA, sits on the NDRC’s board of directors. The Virginia League of Conservation Voters, an environmental group, is the second largest contributor, with $874,042 in donations.

The Democrat Party of Virginia has given $738,924 to Northam’s campaign. Michael Bills, founder of the Charlottesville-based investment firm Blue Asset Management LLC who sat on failed Democratic presidential candidate Hillary Clinton’s national finance committee, has given $586,000 while the Virginia affiliate of Planned Parenthood contributed $532,122, rounding out the top five donors to Northam’s campaign.

Obama resented the way the House Republican majority had impaired his goals during a portion of his presidency, Holder told the New York Times earlier this year.

Obama made his return to politics after leaving the White House by headlining a NDRC fundraiser this summer that was also attended by Holder and Pelosi. McAuliffe has also been involved with the group’s fundraising efforts. Obama is expected to hit the campaign trail on behalf of Northam this fall, Politico reported in July. The NDRC raised $10.8 million in the first half of 2017.

In addition to Pearson, DGA’s executive director, Ali Lapp, the president of the House Majority PAC, a Pelosi-backed Super PAC, sits on the NDRC’s board of directors.

Other board members include Jessica Post, the executive director of the Democratic Legislative Campaign Committee, and Greg Speed, the president of America Votes, the self-described “coordination hub of the progressive community” that works to increase Democratic voter turnout.

The Obama-linked group appeared at the Democracy Alliance network’s spring investment conference and donor summit this past March. Ward appeared on a panel to discuss how liberal groups were “aligning their national plans with one another and in partnership with state donor alliances.”

Major liberal players are throwing millions into the Virginia race.

The group said it had hired 70 staffers at 25 college campuses across the Commonwealth whose primary focus is registering young people to vote, the Associated Press reported. Virginia is one of two states with governor races this year.

The NDRC did not return a request for comment on its donation by press time.