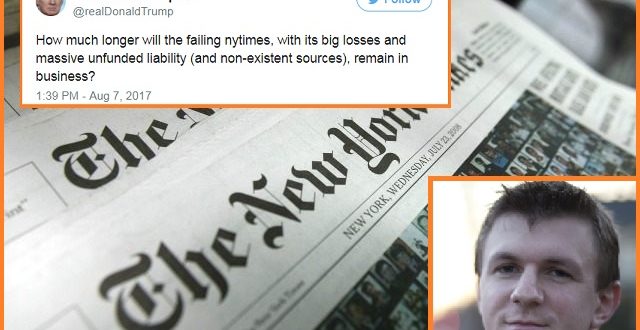 James O’Keefe’s “American Pravda” investigation into the New York Times continues in a new video exposing how the Times manipulates the front page of its website to pander to the paper’s liberal audience.

Interviewed in a London bar by an undercover Project Veritas journalist, Shoe continues, saying, “Our main stories are supposed to be objective. It’s very difficult in this day and age to do that. ” She proceeds to demonstrate her personal bias, calling President Trump “an oblivious idiot” and Vice President Pence “fucking horrible.”

Describing how the Times decides what to cover on the front page, Shoe explained that the business model is “build on what the readers want.” It is tailored to the Times’ liberal audience to increase subscriptions. And it works.

“Since the election, like you know … Speaking on, you know, for The New York Times, our subscriptions have skyrocketed since … I mean, they call it the Trump bump,” Shoe said.

According to Shoe, this is why the Times was Trump-centric during the election. The hope was that people skeptical of Trump would subscribe to the Times and ultimately vote against him.

“I think one of the things that maybe journalists were thinking about is like … Oh, if we write about him, about how insanely crazy he is and how ludicrous his policies are, then maybe people will read it and be like, oh wow, we shouldn’t vote for him,” Shoe said.