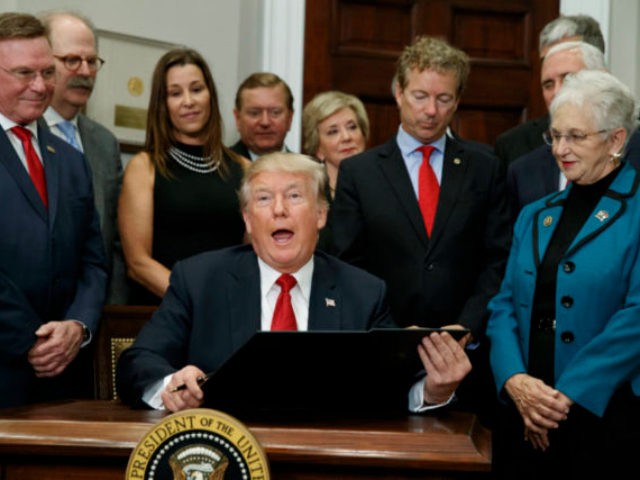 The president said he wanted to increase healthcare options for Americans to experience Obamacare relief — even after Senate Republicans failed to deliver on their promise to repeal and replace Obamacare.

“This will cost the United States government virtually nothing and will provide people great, great health care,” Trump said.

“The cost of Obamacare has been so outrageous that it has destroyed everything in its wake,” Trump said.

Sen. Rand Paul praised the action as “the biggest free-market reform of health care in a generation,” adding that it was a move towards allowing Americans to purchase health care across state lines.

“When you can get Rand Paul on your side, it has to be positive!” Trump said, responding to the Kentucky senator.

“Today is only the beginning,” Trump said. “In the coming months, we plan to take new measures to provide our people with even more relief and more freedom.”