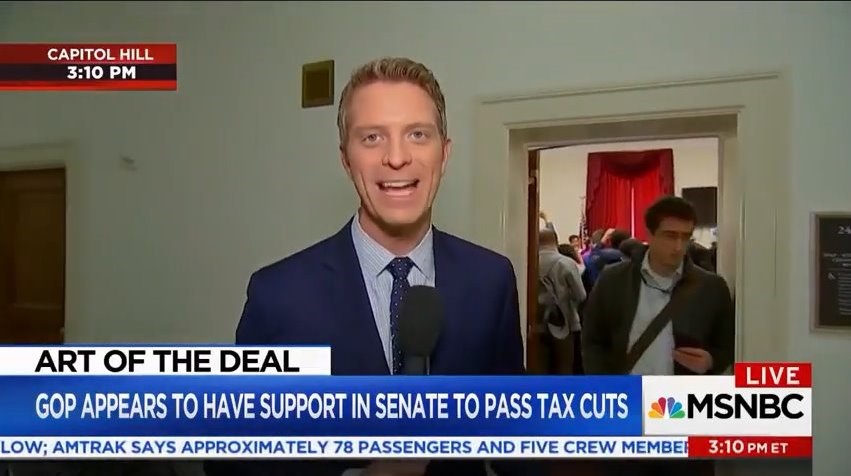 A handful of folks are really steamed that Republican lawmakers are planning to lower taxes, and they gathered in tiny conference room on Capitol Hill where House Minority Speaker Nancy Pelosi was slated to speak Monday.

But the demonstration was so weak, MSNBC reports, Pelosi didn’t even bother to show up.

“These protests have never been like what we saw with the healthcare law,” an MSNBC reporter said as a camera man panned the crowd of a couple dozen mulled about in self-scheduling conference room 2456.

What does seem more and more likely to come true, however, is President Donald Trump’s promise to Americans to deliver a tax cut this year.