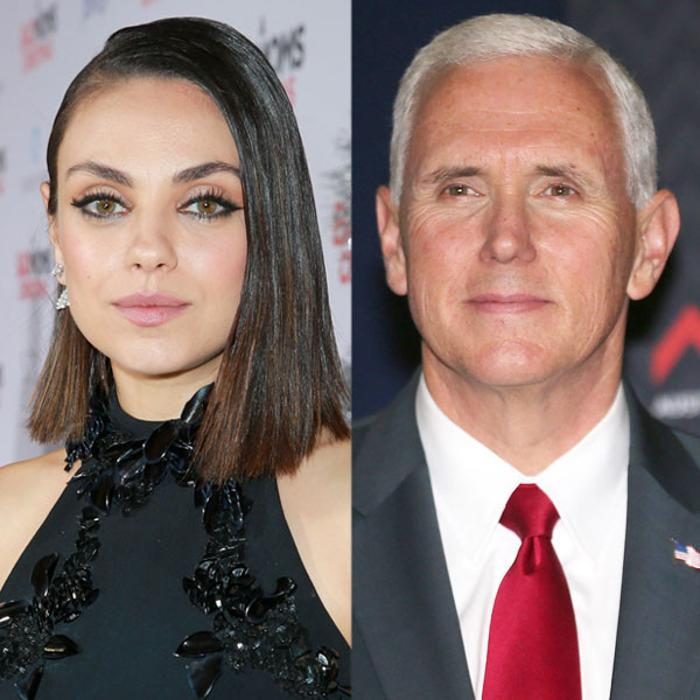 Actress Mila Kunis stirred up a bit of controversy Thursday evening on “Conan” when she revealed that she makes monthly donations to Planned Parenthood in Vice President Mike Pence’s name. In response, the pro-life advocacy group Susan B. Anthony List announced that they would accept donations to their cause in Pence’s name.

Pence said Saturday he was “honored” by SBA List’s gesture.

I'm honored. Thanks for all @SBAList does for life. I'm in. https://t.co/3wWGRHc7yU

On Thursday, Kunis told Conan O’Brien, “I apologize if I’m offending anybody. It’s not so much a prank as much as I disagreed with some of the stuff that Pence was doing and was trying to do.”

“As a reminder that there are women out there in the world that may or may not agree with his platform, I put him on a list of recurring donations that are made in his name to Planned Parenthood,” she said.

“Every month to his office, he gets a little letter that says like an anonymous donation has been made in your name,” she added.

Kunis’s announcement did not go over well with many pro-lifers who responded by pushing a boycott of Jim Beam until they remove Kunis as their spokeswoman.

Others on Twitter responded by making donations in Kunis’s name and pointing out that the actresses’s announcement demonstrates how little Planned Parenthood needs taxpayer funding.

Providing @VP with a running tally of additional private funding for PP, demonstrating why they don't need taxpayer funding. https://t.co/6dUoThKA0P

I'm going to donate to a pro-life group in Mila Kunis' name.